The Futility of Pursuing the Last Word 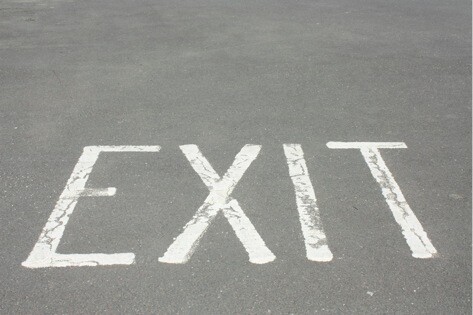 During the summer I had a run-in with a bonkers lady in my local shop. Like a typical convenience store, it has wide aisles but she yelled at me in front of customers staring in disbelief, for not saying “Excuse me” to her as I walked past. I didn’t see her, nor did I touch her and said this calmly to her and even apologised, which didn’t calm her. After telling her to stop shouting at me a couple of times and her gesticulating widely at me, I said “Please go home and take out your real problems on someone else” and walked away while she was yelling “What-e-ver darling”. Shaken, I went home and after venting to the boyf and thinking of a couple of things I wished I’d said, it was soon forgotten (until now!).

Just like in any other situation where you seek to have the last word, you have to wonder: What are you going to do? Have a stakeout? Keep calling/emailing/texting or showing up until you can speak to them? Tie them to a chair and force-feed them your opinions? Programme them to have anterograde amnesia where they only remember right up to the moment where you had the last word?

In the past it has bugged the hell out of me that I didn’t have the upper hand in a situation or get to have the last word, or I’d worry about what ‘everyone’ thought of me. A situation like the shop incident would have had me stewing or even wondering what she’d seen in me to behave like that, but to be honest, her disproportionate reaction had nothing to do with me. This was only further cemented by the fact that I’m not the only customer she’s had a go at…

With one particular ex, we both kept trying to have the last word for several months until I realised that each of these revisits to the ghosts of relationship hell past was only creating more questions not closure. It turned out that my ego didn’t need him to tell me that he was a dipstick no more than I needed everyone who had ever known the two of us together to think well of me.

I can rest assured that there’s a few exes out there and even their friends who may not think well of me – bothered-o-clock. Bearing in mind that I’ve lost sleep over this in the past and eroded my self-esteem over it, this is major progress.

The ‘last word’ doesn’t truly exist unless after you say whatever you have to say, they keel over and die.

Short of controlling all their thoughts or taping their mouth shut, there’s nothing to stop them saying or doing something else that technically gives them the last word. Trying to control what someone else thinks of you or even ‘everyone else’ is like trying to cup the ocean in your hands. Yes you can tell them all about themselves, yes you can hunt down everyone that knows you both and ‘correct’ their opinions, and yes you can make it your vocation to get a Ph.D in discovering and conveying the ins and outs of another persons actions, but why bother? They’ll probably think you’re on crack.

The last word is action.

That’s why so many people finally get the benefit of No Contact. There’s no point going to someone and saying “I’m a respectable woman” or “You can’t treat me like that” or even “You’re an assclown and I intend to ignore you forever more”, because all they hear is “I need your validation” or “I still want you”. They might even wonder who the hell you think you are. It says that whatever the bone of contention is, that it’s up for negotiation.

Silence says many things – it says “I’m moving on, I’m done, you’re not worth my time and energy, I’m not engaging and the door is closed.” That’s how all of my exes that kept sniffing around knew that I wasn’t that woman anymore – I didn’t give them anymore airtime and they couldn’t get so much as a pubic hair through the proverbial door, never mind get their foot in it!

Often when we become obsessed with having the last word and being right, we put ourselves in the position of doing wrong by ourselves. If you know what someone is, you don’t need to convince them of it to convince you of it – trust your own judgement and validate you.

People who like to have the last word are actually looking for a reason to engage and/or have too much of their ego invested into the situation. Let it be or you will keep going around in circles, remembering this thing you should have said or that thing you should have done. Let your actions be your last word because ultimately, that’s what speaks volumes.

More On Sexual Values: Questions To Ask Yourself Before Embarking On Sex
Breaking Up and Moving On By Cutting Contact. Part 3
Are You Being 'Nice' & Passive To 'Win' a Relationship? Why Losing The Hidden Agenda Will Let You Be...