When someone’s imposing something upon you, they’re trying to remove your choice (and overstepping your boundaries) 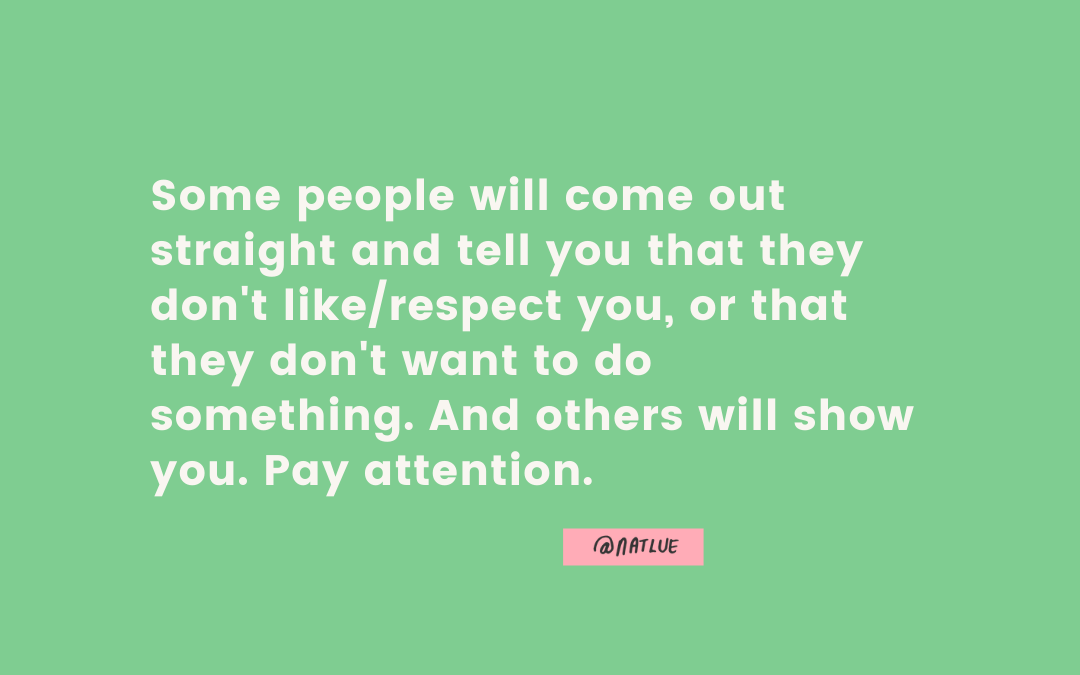 Over the past few weeks, I’ve frequently used the terms ‘imposing’ and ‘imposed’. I realised that you always know that there’s a major breach of boundaries and that you’re dealing with somebody who just doesn’t gel on the core values front when they introduce something in a fashion that directly or indirectly communicates that you must do it ‘or else’. Or, they try to force you to accept their inappropriate or downright shady behaviour.

I don’t like being imposed upon, and I know that I’m not alone in this.

Many stories BR readers share with me involve them feeling powerless, intimidated, blindsided, anxious, or struggling to understand why they feel so compressed by someone who is smiling to their face and telling them that they care or that what they’re doing is for ‘the best’. In these instances, they are about dealing with someone who in their quest to meet their own needs, expectations, and wishes, sees little wrong with trying to force people to do what they want.

I’m often asked, Natalie, how do I know if I’m dealing with a boundary-buster?

Sure, I can give you lots of signs. When it comes to discerning whether you are dealing with someone who has a problem respecting your line, though, especially when you’ve said/shown no, just look for where they’re trying to force something through, possibly with a smile on their face that doesn’t meet their eyes.

Any situation where your self-esteem and boundaries cannot co-exist with their position is a flush and go situation.

‘Imposers’ dress up their boundary busting behaviour and demands as ‘requests’.

Strangely enough, when you decline, it becomes apparent that they took it as a foregone conclusion that you would comply. That, and they also had the backup plan of laying on the emotional blackmail and guilt trip with a trowel. You wonder, Why make out that I have a choice when you’re going to attempt to do what the frick you want anyway?

Of course, you do have a choice. The Imposer, however, has decided that you ‘should’ only take up their preferred option. When you decline, suddenly they’re overriding your no, rebuffing any concerns, or in fact, belittling any issues or reservations you’ve raised.

Imposers also have a very annoying habit of crossing the line while claiming that they’re not doing it.

‘I don’t know what you’re talking about’, they claim while they have their proverbial foot in your back.

‘I’m helping/supporting you’, they claim even though their actions are the opposite of this.

You can quickly flush out an Imposer who claims to be helping you by telling them that you appreciate that they’re trying to do X but it’s actually Y that you need. You’ll see how quickly you’re met with the resistance that comes with passive aggression. Hell, you may even get straight-up aggression.

They don’t take you at your no and will just attempt to find another way to proceed with their original intention. It ends up feeling as if you’re playing Whack-A-Mole or more like Whack-An-Assclown.

When you’re dealing with an Imposer, you end up gradually getting drained by them.

Some of them actually get off on the challenge and almost ‘charge up’ on you right before they try again. And others will sulk, strop, and even malice in an attempt to get their own way. Think stonewalling, silent treatment, blanking you and general hostility that they may actually deny when you call them out on it.

‘I don’t have a problem with you! I like you!’ And you’re thinking, ‘Erm, you just blanked me however many times and gave me the side-eye and you only started pulling this BS when I wouldn’t capitulate to your demands!’

Or, if they’re very deluded, they’ll actually admit to having a problem with you but use the funkiest reason. It will never be for an actual misdemeanour and instead, it will be a variation of, ‘You didn’t do as I wanted’ followed by their crazy-making justifications for why you ‘should’ have. Or they’ll go down the petty, gaslighting route and accuse you of something untrue or blow up over something minor or completely innocent.

Imposers love to combine their efforts to push through what they want with a put-down or few. This is where they slip in covert, critical remarks delivered with a smile, humour, or even deadpan. There are a lot of Imposers online; just read the comments on newspaper websites or on Facebook pages. Or think of that person who seems to want to make disliking you and letting you know about it their vocation.

Some people can’t just have an opinion; they want to force-feed it to you as well and ‘make’ you agree with it!

Some Imposers love a grand ‘ole discussion and even an apology but then, yep, you guessed it, soon revert to attempting to impose the very thing that you’ve made patently clear is a no-go. If they’re quick with an apology, it soon proves to be a hollow one because just cross them again by not submitting to their demands and soon they will come out with stuff that completely contradicts the apology and/or promises.

And when it comes to people imposing themselves upon you, this is where you can learn a great deal about inferred meaning: A person doesn’t have to come out and say, ‘I am disrespecting you’ or ‘I am resisting handling this in a mutually respectful fashion’, for them to communicate that they don’t respect you.

Sure, there are some people who will come out straight and tell you that they don’t like or respect you (or even that they want to break up with you…), or that they don’t want to do something, but some people will show you. And they’ll do this while denying that it’s what they’re showing you because they’re so skilled at wearing a mask that hides their resentment and anger. Ignore the signs at your peril!

If you don’t recognise when you’re being imposed upon or you do but you think, What did I do to make this person react this way? halt. You will start trying to make sense out of nonsense and end up normalising shady behaviour. Or you’ll make an incorrect correlation between this so-called transgression of yours and the fact them imposing themselves.

Newsflash: Only people who have respect issues impose themselves on others.

It is never a good sign, and you’re not the only person that they do this with. They may not even recognise their behaviour (although you won’t be the first to have objected), but they have so little empathy and concern for people who are in their way.

And that’s what it boils down to: they’ve either never truly considered things from your position or they have, but they don’t care or they feel that the end justifies the means.

On some level, they’ll argue that they take care of themselves and ‘handle their business’ so you should too. And that’s where you flush.

Some people mistake your unwillingness to climb into the gutter with them or your ability to pick and choose your battles for weakness. It’s not. Don’t let people take liberties.

No one has the right to impose themselves and their wishes upon you. You’re not going to harm these people by standing up for yourself but you will harm you by remaining silent. Don’t green-light code red behaviour.