Overthinking What Men Say & Do: Applying meaning where there is no meaning 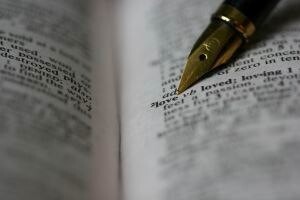 I have written extensively about the fact that many women ‘suffer’ with Women Who Talk and Think Too Much syndrome, where we use talking to mask inaction and expend copious amounts of brain power obsessing, analysing, and thinking about what we coulda, woulda, shoulda done and what we’re going to do next. As I read the many comments that come through each week on this blog, what I also notice is that many readers actually think that they’re guy has put a lot of thought into something that they have said or done. They then lament how he could say or do such a thing and claim that he’s done it on purpose to get her to say or think something.

The reality is that however much conscious thought you think that your guy has applied to this thing they have said or done which has triggered you to start obsessing about what it all means and the why’s and how’s, you need to take it and divide it by a hundred and then some to get a little closer to the reality.

What you do and how you do it is not what they do and how they do it.

If it was, you probably wouldn’t be reading this…

A classic example of this is, you think you’re getting back together when he gets in touch with you after you’ve had no contact and you end up spending time together/having sex. He’s thinking ‘we’re hooking up’. In fact, he may not actually have thought at all.

If you know you’re with an assclown or Mr Unavailable (or both), in essence you need to consider the following before you begin your next obsession mode:

There’s no point doing the glass is half full mentality and focusing on the fact that he was interested for a few days and ignoring his other crappy behaviour.

You were flavour of the moment and he can be very out of sight, out of mind, and quite reactive to a thought or a feeling. If he misses you for a few hours, he’ll phone you up and wax lyrical, charm you and sound like the guy you want him to be.

If he feels hemmed in, trapped in expectation, bored, or interested in someone else, he’ll ride with that feeling. The word ‘fickle’ springs to mind..

Don’t come up with bullsh*t excuses for his behaviour. He’s scared/he’s got a lot on/he’s shy/he’s trying to work out what he wants/I’m needy/maybe I’m asking too much for him to treat me with decency/I’m too uptight/he needs to be free/he doesn’t want to be tied down/he loves me but he doesn’t know how to show it.

Make your own excuses but don’t make excuses for him. He’s not a child that you need to raise from the ground up. If you need to make excuses as to why someone behaves in a sh*tty way in your relationship (or out of it), it’s a sign that you need to steer clear. At the end of the day, if he’s for instance, ‘scared’, he’s not ready for a relationship if all he’s going to do is stick with that feeling. He’s no good to you and unable to commit, which brings you full circle and puts you in the position of making the uncomfortable but needed decision.

You were flavour of the moment and he can be very out of sight, out of mind, and quite reactive to a thought or a feeling. If he misses you for a few hours, he’ll phone you up and wax lyrical, charm you and sound like the guy you want him to be.

If he feels hemmed in, trapped in expectation, bored, or interested in someone else, he’ll ride with that feeling. The word ‘fickle’ springs to mind..

You may think it’s bizarre that someone would call you up, mess around in your life, try and sleep with you etc etc when the other person knows that you have deep feelings for them, but they don’t think it’s bizarre otherwise they wouldn’t be doing it.

You don’t need a conscience to date although it would be nice to have one. They take no responsibility for how you feel and are doing what suits them and reacting, so they don’t even consider whether you can cope emotionally with whatever they do. That’s your responsibility.

If he has been blowing hot and cold, managing down your expectations, and teaching you what to expect from him, somewhere in his mind, he thinks, ‘Surely she’s got the message that this is how things are going to be if she’s with me. She knows how things are’.

You need to stop making assumptions and believing that if a man comes back that it must be because he loves you, misses you, and finds you too irresistible to stay away. You need to be asking yourself what he’s coming back for, whether he has changed, and whether he has anything to offer. These are men of diminishing returns.

Are you thinking about how you’d like him to be, what you want his actions to mean etc or are you thinking about the reality? It’s all well and good hoping he’s done a 180 and gone from cockroach to prince, but take off the rose tinted glasses and the fur coat of denial and ask yourself what you’re dealing with.

Illusions and fantasy mean that you become distanced from the reality of him. In la la land, you can have any relationship you want but it doesn’t change the reality.

Men are not like abstract art. You don’t look at them, listen to them, and then come up with your own personal meaning for their words and actions.

Unless you are both on the same page and their actions match their words, you will find that there is a conflict and you’ll flail around in ambiguity, the murky waters of illusion and betting on potential, and a relationship that’s headed for Doomsville.

This is why it’s important to have boundaries, to recognise red flags, to be action focused rather than word focused, and to ensure that you don’t keep flogging at that donkey till it collapses whilst your emotional investment goes into negative equity. These are the things that teach you the real meaning of what is happening in your relationship and the real meaning of his actions.

There's No Tipping Point of Loving, Giving, & Doing Enough To 'Win' People Over
It's Time To Heed The 'Historical Data' Instead Of Treating Shady Treatment As An Anomaly Or Somethi...
Telling people what we think they want to hear leads to resentment on all sides
Share this...