They Didn’t Change; You Just Got To Know Them 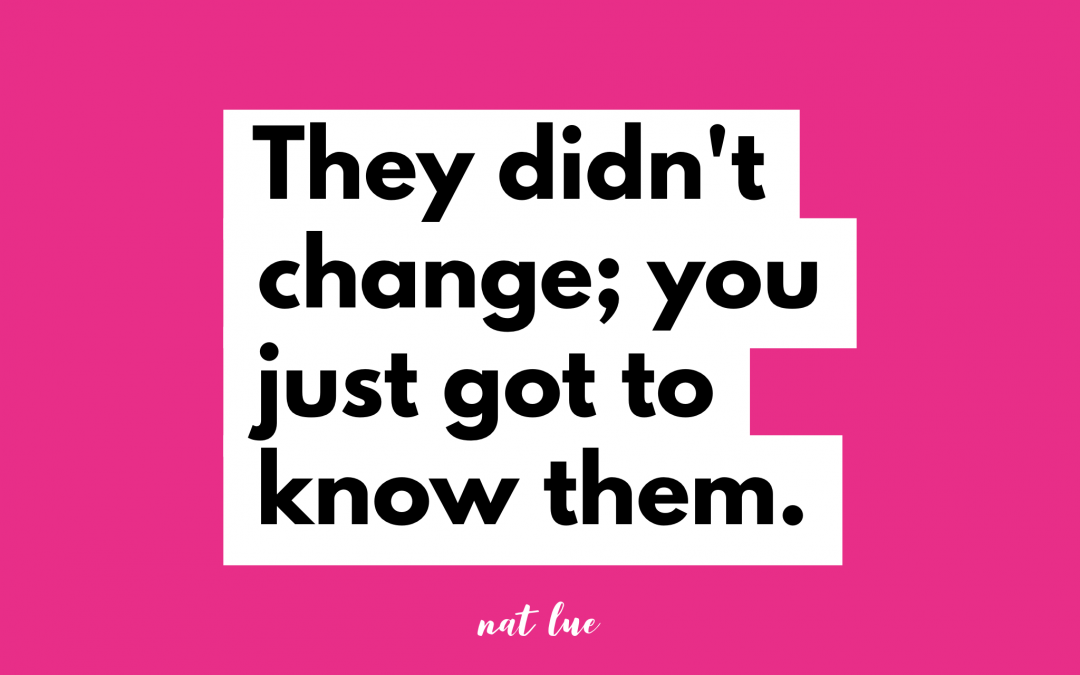 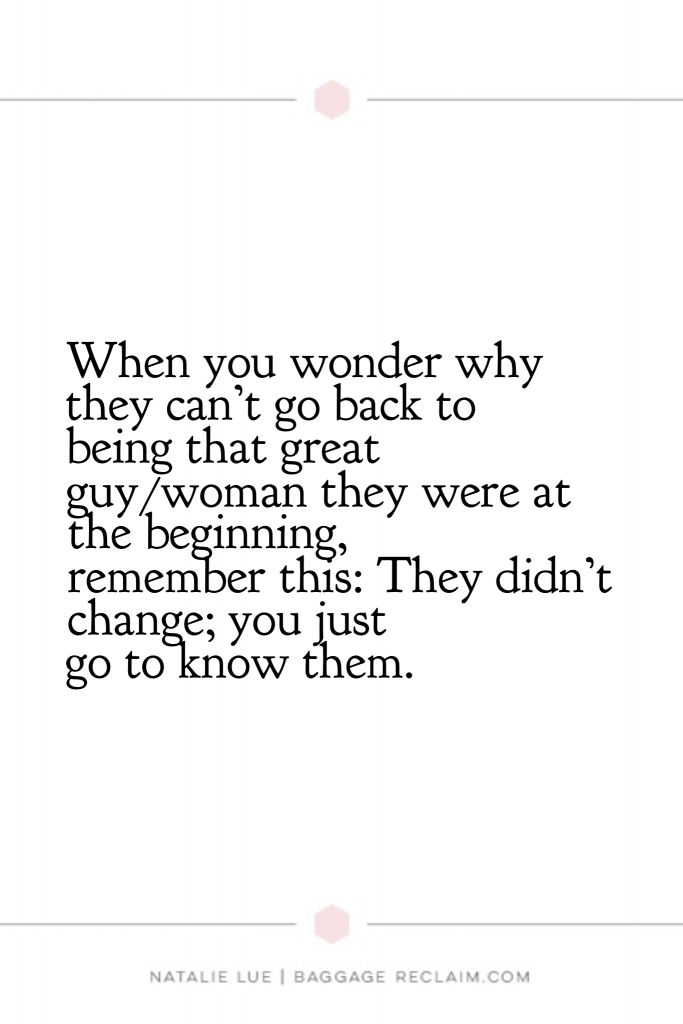 Picture it, Sharm El Sheikh, Egypt, 2005 (pulling my best Sophia from Golden Girls imitation). It’s just one month the epiphany that changed my life and a couple of months before I started Baggage Reclaim. I’m on holiday with one of my best pals, and we’re looking for a club after dancing in a bar to Gorillaz’ ‘Dare’ (epic tune). We’re giggling at two guys wearing matching trainers that made them look as if they were wearing flippers.

So, we walk along the strip. After checking out a few places, we stop at this club with a plasma screen outside. It’s playing what we thought was live footage of the jam-packed club inside. The guy was doing a hard sell, and to be fair, the footage was pretty compelling. OK, and he made out like he doing us a special deal. You can guess what happened next… We got inside to discover that we were two of about eight people in the bloody place! We were fuming!

Hindsight suggests that we could have asked if the video was live footage of what was going on inside. That, and actually, it was quite obvious that he was doing a hard sell.

Now, the thing is, I see this whole inviting-plasma-TV-outside-a-club scenario all the time in dating and relationships.

When we’ve just met someone, or we’re in the early stages of dating, or we’re setting out on our new relationship, we sometimes get what we think is a dazzling preview of the amazingness to come.

Days (yes, really), weeks or months down the line, they seem to do a complete U-turn on who they presented as or what they promised. We’re then baffled, wounded and stuck on this notion that we just need to get things to go back to how they were ‘in the beginning’.

This spot of what I call Future Faking (building up and faking a future so they can get what they want in the present) and Fast-Forwarding (being emotionally, physically etc., intense to speed you through the early stages of dating), messes with our heads.

The people pleaser in us cannot help but blame it on us having done something to scare them away. It’s as if character and intentions leave a person as quickly as they can drop their drawers to the ground. We try to overcompensate for what will undoubtedly evolve into an unfulfilling partnering. This leaves us getting increasingly diminishing returns in a relationship where it used to be so “easy”.

The whole experience can erode our confidence and cause us to be skittish about subsequent involvements. We become prone to settling for less than what we need.

Jaysus, how much lower do I have to go to get some love up in here?

Expectations are our strong beliefs about what we think will and should happen.

They didn’t change; you just got to know them. 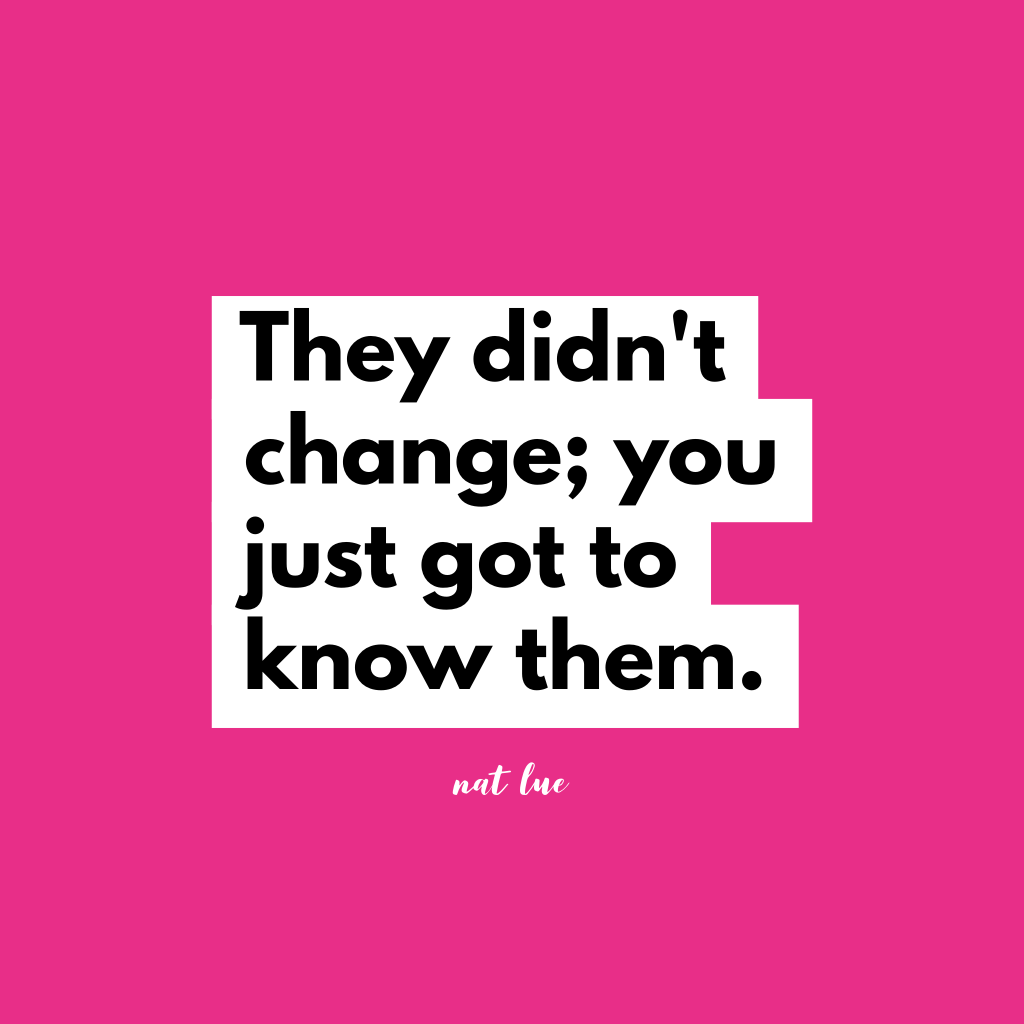 In some cases, it’s not they changed but more that we got to know them enough. That would be enough that they were in very real danger of us seeing past the pomp and bluff.

In the early days, they could pretty much tell us anything. Basically, as long as it was positive and fitted our picture of how things should and could be, we went along with it.

They also go so hard at it in trying to woo us and win us over that instead of wondering why they have to be so frickin’ OTT, we allow ourselves to create unrealistic expectations. We kid ourselves that someone could blow in on the wind and make a bunch of inferences and promises without having really got to know us. And that they’ll deliver it from now until, well, forever.

Of course, that’s why we feel so wounded.  In the beginning, they didn’t know us so ipso facto, it must be knowing us that caused their U-turn.

But, like the guy outside the club displaying a plasma screen of dated footage that probably didn’t even take place in his own club while doing a hard sell on getting us in there, isn’t it time that we acknowledge that actually, it’s a fundamental lack of integrity and maturity?

That, and yes, we can stand to ask more questions. Or to quite simply know our pace and what we want so that someone can’t bulldoze us into going at a pace that doesn’t match our values.

Dodgy club guy knew that he was pulling a fast one.

And, I hate to break it to you, but people who go all super intense on you at the beginning and try to speed through the getting to know, have form for their behaviour. It’s not the first time they’ve behaved this way. They’re stuck in their own getting-high-on-romance Groundhog Day while avoiding the true intimacy of taking one’s time.

If you’ve been in this situation, you have to acknowledge a fundamental truth: that you don’t like what you got to know or that it’s certainly not what you want(ed).

Sure, you can take responsibility for allowing you to get swept up in their shenanigans. You can also acknowledge anything that influenced those choices. But what you must stop doing is blaming your worth or something you said/did on their lack of integrity and maturity.

Even if my friend and I had asked whether the footage that was being shown on the screen was live, it wouldn’t change the fact that he was trying to screw us over in the first place.

Being together 24/7 or sharing all the same interests won’t make a happy relationship
Behind Every Excuse is the Real Reason
Living Together: Committed or Trial?