When You Experience Problems Upgrading Your Commitment 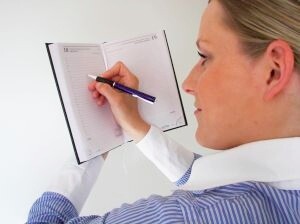 These situations were fraught with ongoing discussions, arguing, tears, ultimatums, broken promises, breakups, hints, other people, awkward occasions like birthdays and Christmas when they were expecting a ring and got earrings or a DVD, and a general air of negativity surrounding the progression of the relationship.

When you reach a point where the commitment you want outpaces that of your partner’s, there is the potential, if it’s not handled carefully, for your relationship to be taken into shaky territory. Of course if you’re in casual relationship, pushing for commitment is basically flying past your roost.

The best type of commitment at any stage of the relationship is the type that originates organically and with both of you co-piloting it.

Relationships are best when there’s a joint agenda has two people who are sharing in the process of mapping out the journey/route together instead of one pushing theirs.You’re both headed in the same direction and going to the same place. You openly discuss the places that need to be stopped at en route and if there are any differences in opinion, you find a solution you both can live with – compromise.

People who are ‘drivers’ have their own agenda but have a tendency to assume that what they determine the agenda to be is a ‘joint agenda’ – i.e what they need, the other needs.

Once there is one person asserting their agenda (the driver), the other person becomes a ‘passenger’, someone who is either passively being swept along on the ride and then possibly wakes up to what’s going on and belatedly tries to assert themselves or, they know which journey they’re on and have decided it suits them for now but hope to ‘change’ the driver’s mind and direction at another point.

I see too many people with a very firm idea of exactly what they want out of a relationship and then they make it their vocation to get the relationship to fit around their agenda. This is a prescribed relationship.

An example of where this masterplan is fatally flawed, is when you have an agenda but you still opt into and stay in a casual relationship.

Now I’m not saying that there’s anything wrong with knowing what you expect out of relationships, however, there is too much prescription going on and not enough attention being given to either ensuring that you have an appropriate partner or to actually live in the relationship instead of in your vision. This means you won’t take your cues from the relationship and the person – you’ll take it from your ‘clock’, ‘prescription’ and ‘schedule’.

So take my friend. In her mind, she wanted to meet someone, be exclusive asap, engaged by 12-18 months, moved in/buying a place around the same time, married 2-2.5 years in, baby soon after. 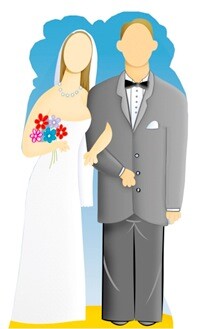 Here’s the thing – If these things are on the clock and you have it in mind pre relationship, the schedule is your schedule not the relationship’s and it’s like you have your picture of what your relationship looks like and just need someone to insert their face into the picture.

That means you want it because you want it, not because it’s where your relationship is at or even reflective of who the person is.

Ten years and her schedule never happened. That’s not because the ‘schedule’ is wrong per se but it literally became like trying to fit a square peg into a round hole.

There’s no point in ‘prescribing’ your relationship if you don’t take the hint that something is seriously wrong when the person is reluctant to commit – it’s either too soon, you’re barking up the wrong tree, or there are communication issues between you both.

We can become very focused on pursuing commitment just ‘because’ – we chase up acts of commitment from partners to get validation.

We also pursue commitment because sometimes it is our way of trying to get them to make us the exception to their rule of not committing – remember wanting to commit to someone who doesn’t want to commit isn’t actually a genuine desire to commit and reflects your own commitment issues. Also trying to get love against the odds is very unhealthy.

Unfortunately you may look for or even demand displays of commitment that are not reflective of the length and breadth of your relationship.

You will apply pressure and create expectations that may stifle things before it has a chance to prosper. Particularly if you’re pushing for stuff to get the other person to ‘prove’ how much they love you, to do things because it’s what ‘people in love/in relationships do’ or any other reason that screams ‘I am not personally secure’ you will communicate all of the wrong things about yourself and quickly suck the life out what is potentially a great relationship.

People who have to push, cajole, wheedle, badger, argue, demand, whatever, for the commitment, once the initial glow has warn off, never feel entirely sure that this person wants it as much as they do.

Conversations surrounding commitment should be open, honest, and shouldn’t solely originate from negative situations – in fact, if you’re going to talk about commitment in your relationship make it a positive conversation.

A good, healthy relationship with both of you with your feet in has conversations about the future and plans, which you can feel confident in discussing and participating in because you already have evidence to show that neither of you just talk the talk – your relationship has been progressing and experiencing the landmarks of a healthy relationship anyway.

Don’t push for commitment to fix a problem – fix it, don’t band aid a big crack. Having a baby or getting married for example will not make an uncommitted relationship more committed. It’ll make it more complicated.

Don’t push for commitment just because you’re insecure – doing things to massage your insecurity means that you’ll always be ‘hungry’ and looking for something else. You may be trying to fix your insecurity with the wrong solution also.

This is why Fast Forwarding and Future Faking are code red behaviours because when they tend to happen, you don’t know enough about this person or even some basic relationship history to draw upon – commit to small and medium sized stuff before going for the big guns.

Be careful – if your relationship is relatively new, you are fast forwarding your partner which may set off alarm bells. You’ll know that you’re in co-pilot territory if you are OK with talking to them even at the risk of uncomfortable conversations. You’ll know you’re in passenger/driver territory if there is a reluctance of one or both parties to have an honest conversation or one of you is simmering about their agenda not being met.

Look out for more posts on how to gauge whether what you’re pushing for is ‘unrealistic’ and how to sanity check your expectations and some tips for broaching the subject.

Podcast Ep. 142: 'Getting' Commitment
Let's Stop Being Lazy About Communication
Dating Is A Discovery Phase: Are you trying to strike up a relationship deal before you've 'discover...