Coping with feeling rejected by Mr Unavailables & Assclowns Part One 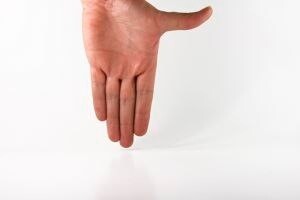 There are two key things that everyone desires and fears in life; acceptance and rejection, and where you don’t get one, you get the other. One of the most difficult things for someone who has been involved with a Mr Unavailable or assclown is the lingering feeling of rejection, something that most people experience in relationships.

I think on some level, many of you recognise that these guys are not worthy of your time, and the confusion and rejection kicks in, because you can’t understand why someone who is unworthy of your time would reject someone like you, because you know you’re better than a guy like him…yet you’re not interested in a guy who would actually treat you better….

Your ability to cope with and process rejection is tied to your self-esteem because how rejected you feel and the effect it has on your perception of you, is intrinsically tied into your ability to love yourself.

A bit like ‘If he can’t see what a great woman I am, there must be something really wrong with me!’

Rejection like breaking up, is never going to be easy to do, but it’s safe to say that when you have higher self-esteem and love yourself unconditionally, rejection has far less of an impact on you.

While it seems all too easy to declare that you love these men unconditionally and without boundaries, it seems to be much harder to give yourself any love. What we don’t often realise is that love does have boundaries but that you cannot know how to truly love if you don’t even like, never mind love yourself.

Unconditional love is about you being able to like and love yourself, irrespective of what takes place around you. This means that even though you will navigate bumps along the relationship road, your love of yourself remains intact and your value doesn’t plummet with every relationship.

If you take ‘rejection’ hard it means that you allow the fact that your relationship has not worked out to reflect inwardly which in turn, makes you feel bad about yourself.

So a Mr Unavailable who is unable to connect with emotions healthily anyway, that you have a relationship with that doesn’t work out, becomes you thinking that it must be something about you why he couldn’t engage better because you think you gave him so much love and care that he should have been able to emotionally engage, so there must be something wrong with you.

Here is the problem:

In choosing men that reflect the things you truly believe about yourself, you find yourself with a Mr Unavailable or assclown who by their very nature are incapable of giving you the relationship that you profess to want. This not only sets them up for a test that they’re bound to fail, but it also sets you up for failure. Each time this happens, it sends a message to you, that what you secretly (or even openly) believe about yourself, love, and relationships is true.

However, it’s ‘true’ because the self-fulfilling prophecy gets created in trying to extract love, care, respect, empathy and the whole kit and kaboodle from men who are incapable of giving that to you in the first place.

And so, you’re kinda rejecting yourself….

What is even worse is that when these men cross boundaries and treat us ‘less than’ and we not only continue to accept it, but actively chase these men and repeatedly engage with them, as if trying to cancel out the rejection by trying to get them to accept us and in turn validate us, it ends up eroding even further into your self-esteem, robbing us of our self respect and at times, even our dignity.

The horrible thing is that the ‘rejection’ can always be minimised, it’s just that in continuing to engage in the hope they will change, that they will finally recognise your worth, it instead gets compounded.

Avoiding the reality of who these men are and your relationship habits and indulging in the illusion is dangerous.

You will struggle to deal with the rejection if you continue to internalise what has happened, turning it inward and letting it further erode what you believe about yourself, love, and relationships.

Think about this: If you allow every single interaction with the men who have been in and out of your life to shape and define you, and those men are assclowns and Mr Unavailables, you won’t be left with very much. In taking on their baggage with your own, they end up leaving you with some of theirs when they go.

The sun does not shine out of men. We cannot allow the sun to rise and set on them and validate ourselves off them because every, single, damn time a relationship does not work out and you feel ‘rejected’, you will feel a piece of you go with them.

Until you learn to like and love you, perspective is missing.

People with healthy love habits with decent levels of self-esteem are also able to recognise that when it comes to Mr Unavailables and assclowns, they, not them, are the ones doing the rejecting.

This means that when you do these things, there is no room for a Mr Unavailable or assclown and the ‘relationship’ is no longer favourable or of interest because they only operate on their terms, not yours.

In them rejecting your boundaries, not only are they doing you a favour, but they’re also letting you know that they are not capable of respect. However, also in rejecting your boundaries and moving on to a new target, it’s actually you who has rejected them, because you didn’t allow your self-esteem to be a fertile ground for them to pee all over with disrespect!

Back for part two and part three later in the week where I add some thoughts to help build perspective so that you can move on from the ‘rejected’ feeling and start realising you’ve made a lucky escape and it’s time to start living.

Morphing: Trying to fit in too much with your man
Coping With When Your Ex Starts Dating First
The Trap of the (Returning) Childhood 'Sweetheart' Part 2