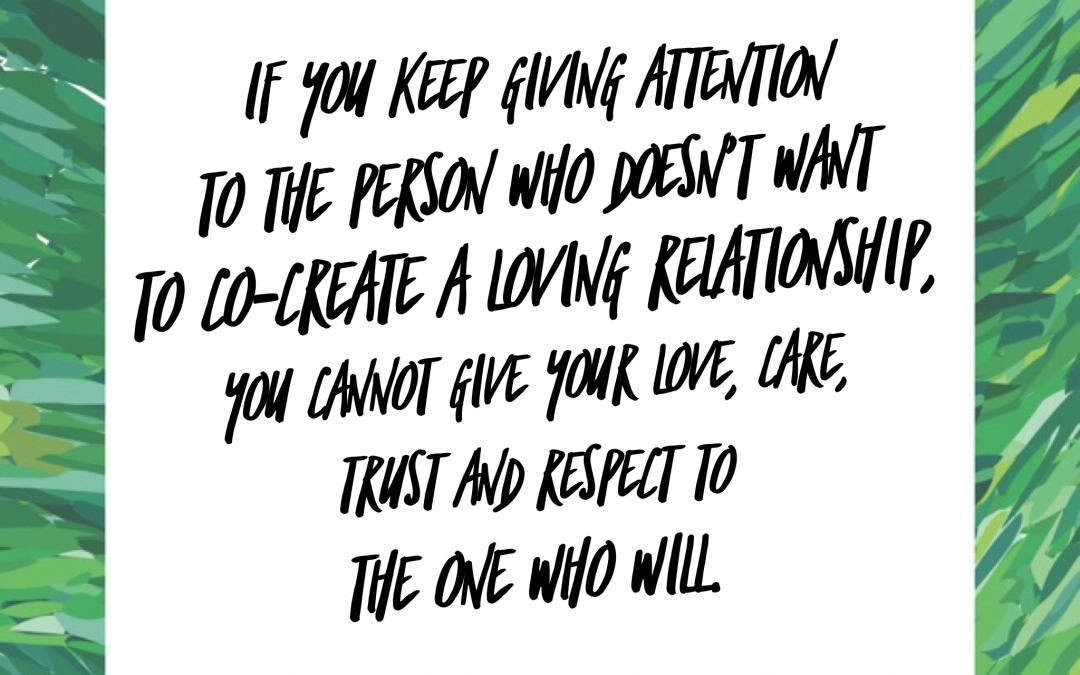 In this episode of The Baggage Reclaim Sessions, I talk about recognising the difference between someone who wants to know that they can get your attention versus someone who is genuine in their intentions to love you.

Partly inspired by my love of the Charlie Puth song, ‘Attention’ where he sings, ‘You just want attention, you don’t want my heart, maybe you just hate the thought of me with someone new, you just want attention, I knew from the start, you’re just making sure I’m never getting over you’, I feel that this is such an important topic because so many people get stuck in a cycle of either trying to get someone’s attention or falling for someone else’s attention-seeking moves.

Links mentioned in the episode

Don't Typecast Or Pigeonhole Yourself In A Role That Takes You Away From Yourself
Podcast Ep. 194: The Self-Sabotage of Over-giving, Over-responsibility, People-Pleasing, Perfectioni...
Podcast Ep. 54: We Were On A Break, Nailing Down Intimacy, Snap Judgements