Are you inadvertently dimming your light? When you have a pattern of being afraid of outshining 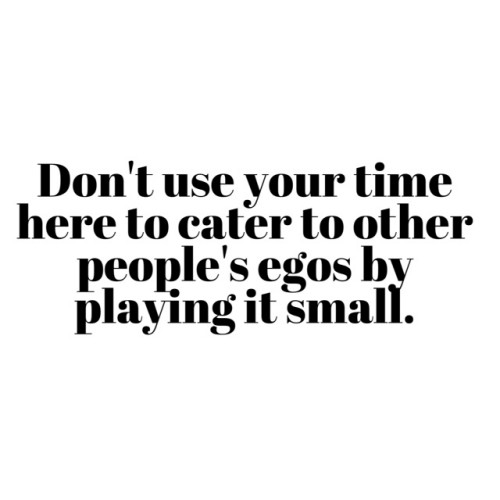 Last week I had what I refer to as a ‘punchbulb moment’ – a lightbulb moment that punches you in the head, aka an epiphany. I have them every once in a while, like when I suddenly clicked that what had happened to me with my father and his family (being frozen out and the Chinese whispers) was part of a bigger pattern that had existed before I was even born and the grief anguish dried up, or when a series of incidences related to having failed my driving test twice while pregnant with Nia along with a few work-related things, had shone a light on the fact that I am a perfectionist (a recovering one now thankfully although it takes vigilance!)

Anyway, last week I failed my driving test for the third time. Guess what? The sky didn’t fall down although I did bawl my eyes out a few times on the day although it wasn’t due to being ‘hangry’ and more about feeling a bit embarrassed (I didn’t realise that the car had crept up to 35 in a 30 zone) and desperately overtired. I’ve rebooked my test and have done plenty of self-soothing.

A couple of days before, I had a light hypnotherapy session – I went last year and my tendency to have a dodgy tummy when feeling stressed pretty much vanished – and I was sitting there in the chair, chatting what to my own ears sounds like crap, when I had my punchbulb moment. I can’t remember exactly what I said, but it was along the lines of, “For some reason… I’m thinking of my brother [the one who’s eighteen months younger than me and we were almost like twins growing up]…. I used to feel bad because I was always made out to be the brainy box, almost genius and they were always making out that he wasn’t… I learned to feel guilty and wanted to protect him… I wanted to give him a chance…” It felt unrelated to whatever I was talking about at the time and yet, it felt so vital for me to sit up and pay attention.

I rambled on some more including about how I’d learned to rebel and not stretch myself so as not to invite even more expectations but also because I didn’t want to lose him. In the days since, lots of things have started slotting into place and I see something so clearly now:

I was a perfectionist but more importantly, I’m someone who has unwittingly trained herself not to outshine.

When you try not to outshine, it’s about the People Pleaser in you that wants to protect somebody from feeling bad due to you feeling good or doing well in a particular area. At some point, you made a link (an association) between your talents, achievements, accomplishments, as well as people’s perceptions and expectations of them, and a particular person’s own set of these as well as how they’re perceived. You may have mistaken love and care for dialling yourself down and even though that person has actually evolved and essentially gotten on with the business of living, you don’t even realise that you’re in protection mode or that you do it in general.

Outshining can show itself in so many ways. Looking at my own life and reading through the many stories that have been shared with me, examples include:

– Not wanting to ‘outshine’ with your feelings and opinions. This is likely to be the case if you were raised by someone who dominated the home with their feelings, opinions, needs etc., possibly belittling yours in the process.

– Going out with people who on some level you recognise that you’re punching below your weight. You pump them up while diminishing you.

– Minimising very real problems because, you know, everyone has bigger problems in the world. In reality of course, sure, there are ‘bigger’ problems but that doesn’t mean that you’re not hurting or that your problem isn’t a problem.

– Putting aside a talent or hobby out of fear that your peer group will ostracize you. This is especially likely to be the case if you were bullied or penalised in some way for seemingly outshining when you were a child.

– Not wanting siblings (or half or step ones) to think that you think that you’re the favourite or ‘special’ and so minding your P’s and Q’s around them, trying to push parents or other family members to do more for them, and feeling on edge. You may in fact have pushed these people away from you to ‘protect’ your siblings.

– Believing that a parent doesn’t like you because the other parent seemingly prefers you to them. Next thing, you’re also so used to this dynamic that you find yourself going out with or chasing married/attached people.

– Suffering from Imposter Syndrome and so not internalising your accomplishments and achievements while at the same time feeling ‘bad’ and like a fraud. Of course to internalise these would alter your self-image and you may be afraid of upsetting somebody in your life. Part of the reason why you may have Imposter Syndrome in the first place, may be because you’ve gotten into the habit of denying what you do and who you are to protect others.

– Struggling to accept compliments and even batting them back. Claiming that this stuff is ‘luck’ or ‘fluke’.

Once you bring awareness into the equation, you’re already on the path to change. Once I recognised my fear of outshining ways, the dynamics of some past friendships and why certain things had upset me, suddenly made sense. With certain friendships, I’d found myself becoming aware of an underlying tension with the other party – that I was upsetting them by being myself and so wanting to protect them. Truth be told though, I also felt safe in these friendships, which was unhealthy in itself. I also saw this tension show up in a number of my romantic relationships, where I can specifically remember feeling that I was going to have to dial me down in order to keep the peace. Three of my most toxic exes claimed it was only a matter of time until I had no use for them and me having to reassure them that I wasn’t getting ‘too big for my boots’ and at the same time wondering why were they saying this when I always felt as if I wasn’t worth a damn.

I’m journalling a lot and still making sense out of my realisation, but I’m already feeling a shift. In my case, my brother has never asked or implied that I should ‘sacrifice’ myself for him but as is always the way with reasoning and in turn beliefs that are based on a childhood perspective, I thought that it was what ‘made sense’ at the time and it helped me to ‘fit in’, something I talk about in the Get Out Of Stuck email series.

Trying not to outshine people is not only attempting to control the uncontrollable (a misappropriation of energy) but we’re also judging ourselves and the other party in a particular area when we (and they) are so much more than these ‘parts’. We assume this thing matters more than it does or that they won’t fare on their own without us playing it small. Stop comparing! Stop playing it small to magnify another person – our powers lie in lighting ourselves up.

Even though we may think that we’re doing a good deed, actually, whoever it is doesn’t need our inadvertent pity which we’re mistaking for compassion and empathy. While it may be conscious, it’s likely that we’re doing this on autopilot in that childlike way that assumes that we can control the uncontrollable and that we’re at the centre of and responsible for ‘fixing’ a problem. We may in fact have given up that original role with the person in question but are unwittingly repeating this pattern in an area of our lives. Like me – I don’t do this with my husband or friends but it has shown itself in my work, and possibly with my half-siblings.

If you suspect that fear of outshining has been getting in the way in an aspect of your life, ask yourself:

Who am I trying to protect or help feel better about themselves by playing it small? Where am I playing it small and why? Then ask yourself where you first learned that this is what you ‘should’ be and do.

Remember, people-pleasing is something that you gradually learn to take control of and life will shine a light on where you need to step up for you more, by throwing you situations that force you to recognise a pattern of habits that need to be adapted. Take care of you and be self-compassionate in your growing awareness.

Podcast Ep. 233: Eek, Am I Doing Self-Care Wrong?
Dear So & So: Sorry. My heart/libido/ego/imagination says yes, but my self-esteem says NO
Why You've Got To Minimise Comparison To Improve Your Self-Esteem