The Vicious Cycle of Undervaluing Yourself 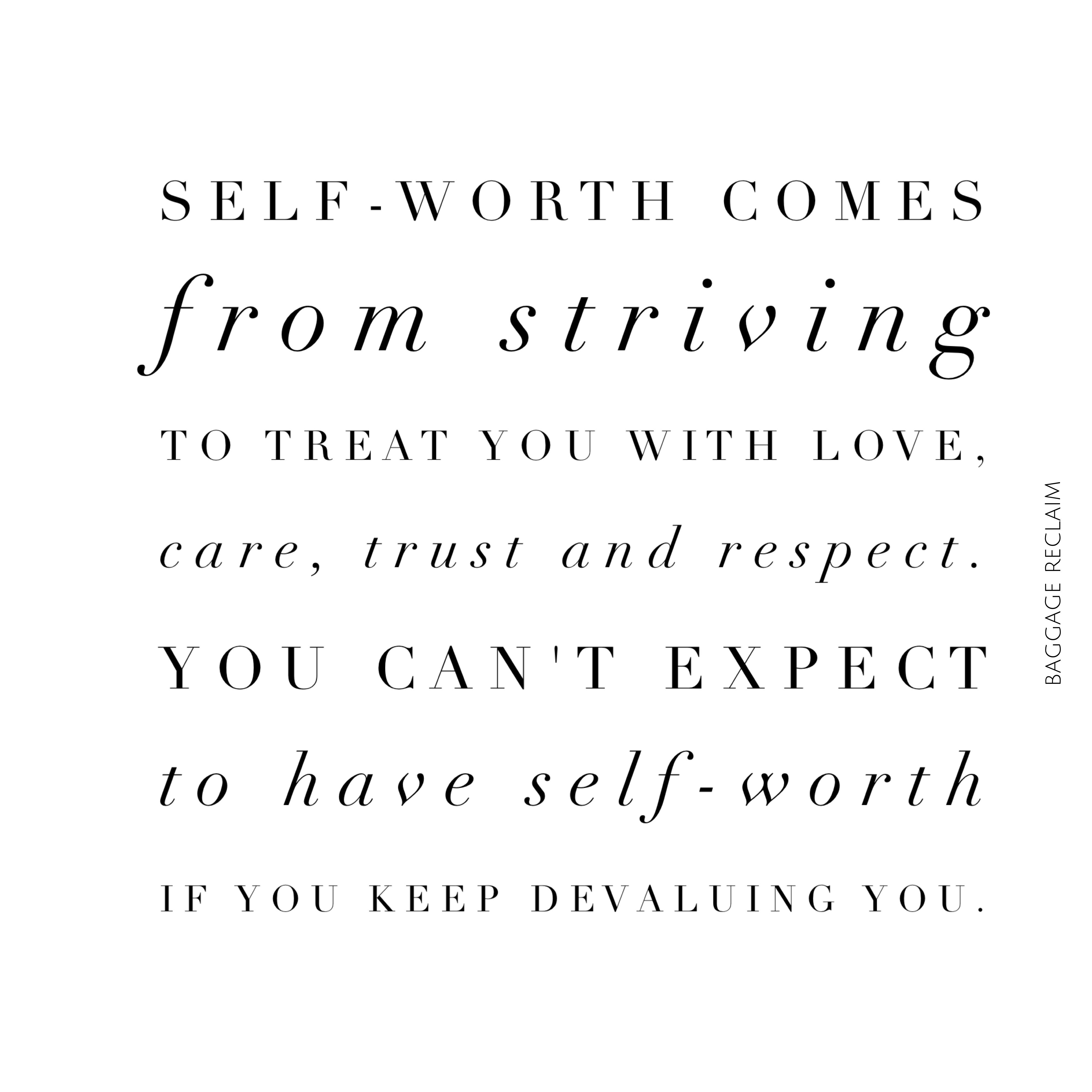 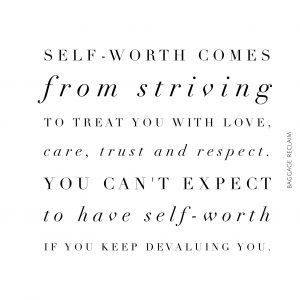 While chatting with a friend who is only a few months in business and having her doubts about continuing because of how she feels about valuing her work she said, “I don’t feel worthy of charging the proper rate yet”. As a result, she’s been charging much less to get ‘experience’ so that she can build up to feeling worthy, only to feel stressed out, devalued and demotivated because she’s undervaluing her work and sometimes clients are too.

Charging what we’re worth in business (or ensuring that we’re not underpaid) isn’t at all dissimilar to treating and regarding ourselves as worthwhile and valuable people.
Instead of undervaluing our skills, talents, experience, and the transformation that we can for instance, help a client achieve, we undervalue our needs, expectations, desires, feelings and opinions.

We settle for crumbs hoping that in the process of doing so, the other party will feel inclined to reward our efforts with a loaf.

Instead though, we grow increasingly resentful, disillusioned and hurt when they don’t.

When we know that we are undervaluing ourselves in some way and so as a result, someone else is getting to undervalue us as part of that interaction or process, all it does is reinforce our unworthiness because we perceive their actions or lack of them as an indicator of our worth, creating a vicious cycle that just might begin to convince us that this is as good as it gets (it isn’t).

I explained to my friend that what she’s saying about charging the ‘proper rate’ for her work is just like when people say stuff like, “I don’t feel I’m worthy of a loving partner and relationship because I feel like that’s for someone who is more ______ or less _______ than me.”

Really what we’re saying in these situations is, “What if I charge what I’m worth and then they wonder who the hell I think I am or they expect more of me [and I don’t live up to their expectations]?”

And, “What if I’m my true self and I step up for the type of partner and relationship that version of me desires and deserves but then they don’t want to be that partner in the relationship or they reject me and think I’m uppity? What if I stop accepting crumbs and then I’m left with no one to date?”

In the business situation, the person isn’t buying the experience—they’re buying a transformation, what we can do for them or their business.

In the relationship situation, it’s coming down to the difference between dating and creating, forging and sustaining relationships.

Obviously we need to date/go out with some people to move it towards a relationship but if we’re serious about being in a serious relationship, we have to move on from dating.

If in this situation, you were looking to date and nothing else, then your objective is met because you would be, if you kept accepting less than what you need and deserve, be dating but not really progressing. Even if things appear to progress, you might have, for example, a several-years-long relationship under your belt but for all intents and purposes, still be ‘dating’ because it hasn’t really evolved in terms of intimacy, connection, progression, balance and consistency. And believe me—I hear from a lot of people who are in their 30s, 40s and beyond who are with partners for multiple years but ’stuck’ due to the relationship not really having emotionally evolved from that first year or so and in some instances, it’s regressed.

In order to move beyond dating but also the loop-the-loop of unavailable relationships that sometimes make us feel like we’re in our own Groundhog Day with same person different package, we cannot accept imitations.

We can’t simulate intimacy, commitment etc while also feeling unworthy because we’ll be hitching our wagon to something and someone where it’s all gonna feel a bit ‘off’ because we’ve come into things from a place of feeling as if we can’t be who we truly are or show up for what we want because we don’t believe that we deserve it or that we’ll get it.

What type of partner will we choose on that basis? It’s not as if we can claim that we’re having a deeply intimate relationship when we’re driven by our sense of unworthiness, because we have a wall up when we’re coming from this place plus we will be and do things in order to ‘get’ love and the relationship we want, and it won’t necessarily be because it’s who we are and what we want to do but because we think it’s expected of us and we’re afraid of what might happen if we don’t.

And incidentally, in the case of my friend, she can charge a lower rate as long as the value’s clear to both her and clients. She can for example, let them know the full rate but explain that as she’s in the process of establishing her practice that she has beta fees and will do a full-rate job but wants honest feedback as she tweaks the offering etc.

You’re not going to feel like a valuable and worthwhile person by doing things that actively devalue you.

Undervaluing ourselves is always going to sour the interaction. The energy just won’t be right. Raising our self-worth by entering into our relationships from a place of equality rather than it being about superiority and inferiority, will filter out people who aren’t interested in a mutually fulfilling relationship, but this is no bad thing. It clears the decks for people and experiences that nourish and raise us up instead of dragging us down.

Note as well: People can value themselves enough to not accept less than love, care, trust and respect in their relationships while still having baggage to sort out. It’s called being human.

Someone who doesn’t know how to love you or how to be a partner in a relationship is only going to hurt.

You might think that it will be ‘easier’ or that it will feel so much more valuable when you convince and convert them; you might think that you’ll get your training wheels with this type of partner and then feel more confident to try out a ‘real’ partner, but while you’re settling for less and getting busted up in the process, they’re also settling for less then being a truly available loving partner. They will learn more from you valuing you even if that means you opting out than they will from you not doing so and accepting far less than what you need and deserve in the hopes they’ll spontaneously combust into the person you want. It’s also safe to say that if you don’t get on board with valuing you, you will push away what doesn’t chime with those feelings of unworthiness.

If you value you by not accepting less than the basics (care, trust, respect and then love), you will not go wrong.

"How could this happen to someone like me?" Erm, because you're human!
Don't write off the year if it doesn't start how you pictured it
Be careful of basing your self-esteem on the speed and content of text replies
Share this...