When Mr Unavailables and Assclowns Drip-feed You Info Part Three 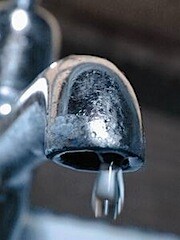 Over part one and two of this series I’ve explained about how being involved with someone who doesn’t want to give you the truth up front results in a steady stream of information being dripfed to you over an extended period of time – the Drip-feed Manoeuvre.

When this happens, the aim is “to control the information and control the reaction. Instead of being upfront and giving you all of the information, they make the private decision to only give you information that they think you can handle at that time. It also serves a darker purpose – ensuring that they don’t admit to more than they have to.”

Of course this type of behaviour is not just reserved for assclowns and Mr Unavailables or for Fallback Girl recipients. There are people in walks of life that don’t like to let the left hand know what the right hand is doing. Rest assured that the Drip-feed Manoeuvre is confusing even for the most emotionally healthy of people because the goalposts keep changing.

They key with being confronted by this behaviour is to register the alarm bells that should be ringing, process the information, and take action – just like in other circumstances where your boundaries are crossed.

The reason why you will feel blindsided and confused, potentially even feeling immobile on what to do next is that what you thought was the truth, the whole truth and nothing but the truth before, becomes a part truth or even a falsehood. When they originally shared the ‘truth’ with you, you then accepted it and adapted to take in the new information and are likely to have based some of your subsequent actions and relationship on it.

Eg. He says that he’s told you everything and that yes he was spending a lot of time with ‘that woman’ but that there was nothing physical. You agree to forgive him and learn to start trusting him only to discover that he actually was sleeping with her. He then tells you he was afraid of losing you and your reaction and eventually you accept the sob story and say ‘No more lies!’ and he agrees. More time passes by and it comes to light that he’s been having cyber chats and cybersex with loads of random women and his ex is claiming that they’ve been sleeping together occasionally….

At the end of the day, the horrible thing about having someone drip-feed you information is that often they make out like ‘that’s it’ and now everything has been ‘confessed’. That is until you catch them out again or a new piece of evidence is uncovered…

But what about when he doesn’t respond when questioned?

When they’re being exceptionally deceptive and unsure of exactly what you may have caught them out on, they will stonewall you by claiming they don’t know what you’re talking about, shutting down, going on the offensive, or even disappearing.

The only way you might get them to admit it is to be really specific about what you know. Even then, with the worst of the liars, they’ll still deny, which really leaves you with having to let go of trying to extract a confession and riding with the one person you can trust, yourself.

In the case of the online dating site, it could be that he’s thinking “Sh*t, did she just see the dating site? Or did she the messages between myself and X about meeting up? Oh hell, maybe she knows about the hook up sites or has even been reading my emails. Screw it, I’m just gonna see what she says. She’s so crazy about me, she’ll probably back off anyway…”

One of the nasty side effects is that if they master the move of stonewalling your attempts, you get taught that if you [rightfully] pursue them on their poor behaviour that you will be punished with them withdrawing communication, affection, or the ‘dream’ of a possibility of a relationship with them.

Don’t challenge me or you’ll be punished, this behaviour screams loud and clear.

Passive aggressive all the way!

You allow them to drip-feed the information to you because your boundaries aren’t in place and with each nugget of info that they drop where you’re still around, they end up learning that you are likely to still be around when they drop the ticking bomb. The Drip-feed Manoeuvre defuses the ticking timebomb. Instead of wreaking devastation, it instead leaves a dent when it’s dropped that gets lost in all the other dents that have been created.

You also have to keep in mind that if he’s drip-feeding you information, it’s unlikely to be the truth even when he throws you a crumb of the story. Why? These guys don’t know their arses from their elbows and are very distanced from the reality of their actions.

By the time they tell you something, it can end up being different from what it would have been originally because they have time to come up with stories and lies.

This is no dissimilar to when they pull their One Time in Bandcamp Story, where they tell you their tried and tested tale of woe where they paint themselves as the damaged, innocent party that got hurt/disappointed/deceived by another person. Over time, the story has been carefully crafted but many women find that when an opportunity presents itself to find out the truth, they’ve been spun a web of lies!

Trust me, these guys with a penchant for lies and the Drip-feed Manouver will spin a story about you when they move on to someone else. Instead of, “We broke up because I played around behind her back and I wouldn’t move out of my mothers house because I have no desire to commit to a woman and be answerable to someone” it becomes “I had to end it with her because she was a needy psycho making demands on me and she even hated my mother!”

Always ask yourself: If this mans lacking the balls to be upfront and tell me the truth and is instead drip-feeding me information, how can I trust him?

What are you waiting for?

From the moment that you find yourself with someone who is drip-feeding you information, I’d let your spidey senses kick into overdrive because it is a sure sign that you are around someone who doesn’t mean you any good and is not interested in having a honest, decent relationship with you.

He may well be afraid of your reaction to the truth, but a real man as opposed to someone behaving like a little boy caught with his hand in the sweet jar, will grow some brass nuts and admit the truth so that you have your right of reply to decide what you want to do and so that you can move forward (if you choose to) in an honest manner.

The difficulty in living with lies is that anything based on it is a lie. One of you holds a vital nugget of information that the other party isn’t privy to.

Some of this behaviour is learned. Depending on how you’re parented, you may have grown up in an environment where the truth meant punishment. In fact, part of childhood is telling lies because we are scared of the consequences. Eventually we learn that it’s wrong to tell lies although that doesn’t mean we won’t do it. If you grow up being taught that expressing yourself or telling the truth may have you penalised, you may be emotionally schooled to be wary of being truthful.

This is the key problem with this behaviour – these men don’t like to let the left hand know what the right hand is doing. It’s not in their interests to give you all the facts and let you draw a conclusion and make a decision, and let’s be real, some of us aren’t too keen on letting go of the illusion either so it can sometimes suit us to let them continue with the drip-feed – a bit like a stay of execution…

If you find yourself on the receiving end of being drip-fed information, make sure you piece all of the information together and process the evidence of your relationship. More importantly, take action because this will call an end to the dripping tap of lies so that you can live a life in the reality/

Your thoughts? Check out  part one and two

Relationship Advice: Help! He's left his wife but I'm still the Other Woman!
Signs That He's Cheating
Can you stay friends with Mr Unavailables & Assclowns after you break up?- Part Three