Advice: Why Did He Agree To Meet Me After 20 Years Just To Mess Me About? 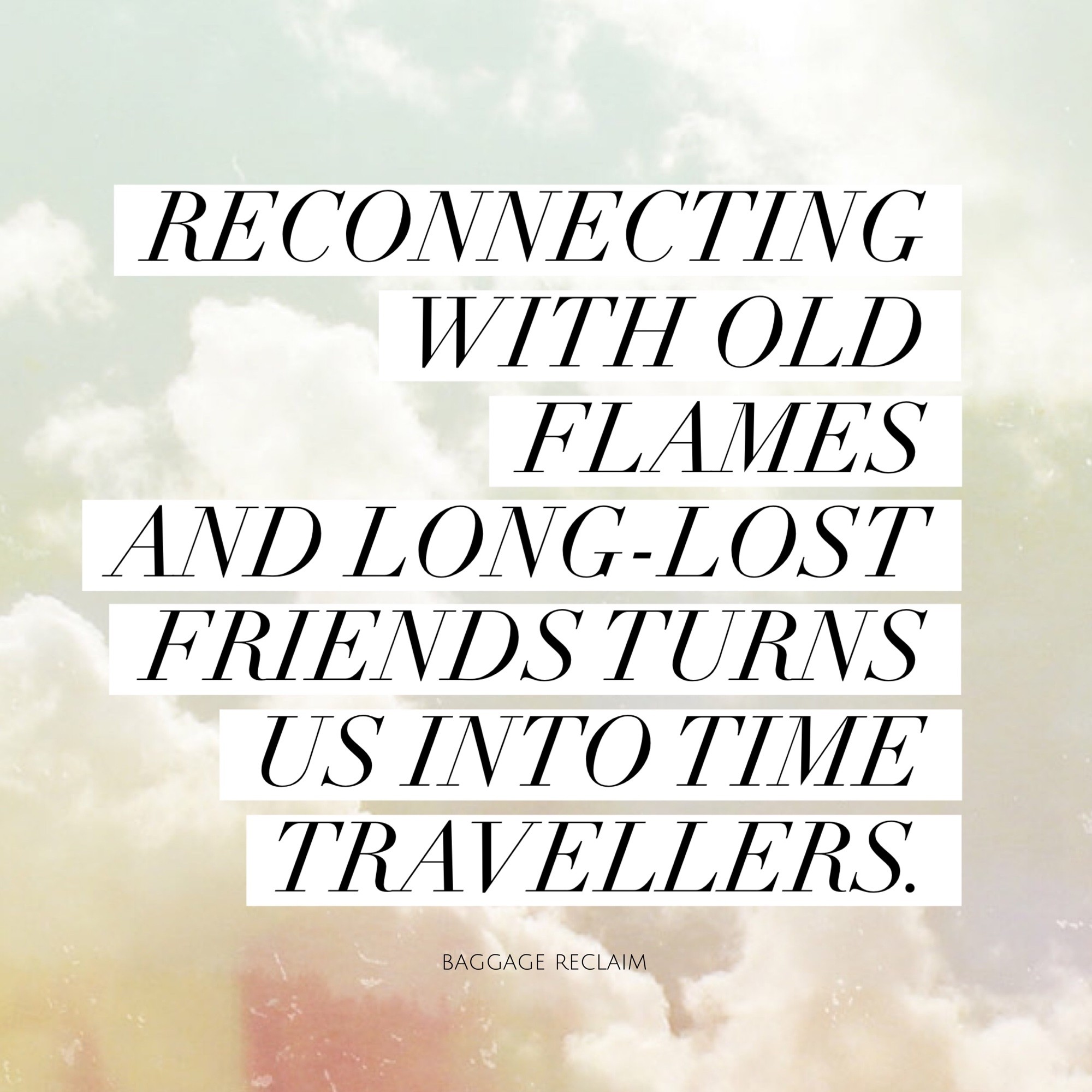 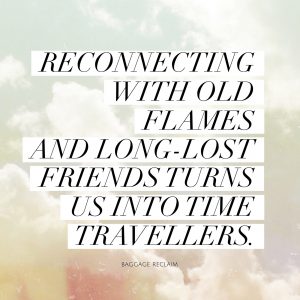 Alison asks: I recently visited a friend I hadn’t seen in twenty years. We had the briefest of hook-ups a long time ago that I vaguely remember as him not being able to ‘perform’, but it was still loving and caring. He’s smart, funny, insightful and back then gave me some advice that turned my world around.

I had not been in touch with him in all this time as we live in different countries and only reconnected just before I planned to visit his country.  At the end of my trip, we planned four days together. I think he Future Faked me by writing how he’d thought of me and our connection over these years, on how he felt about me and that we would become ‘we’ on this visit. The visit really built up in my mind and then of course, when we met it was as though he wished he wasn’t there.

He talked a lot about himself and was cool to me. Aside from a hug and one moment of holding my hand, he never touched me. It was bizarre. I asked him about it and he got very angry and said, “What’s the urgency?”. Later when I asked why he agreed to meet me, he told me that he never asks why. I then went so far as to read one of his emails back to him and he said, “Well, I would be happy to receive an email like that!”. Sure, if the person who wrote it followed through. He also seemed to get very angry that I remembered the life-changing advice he gave me 20 years ago. It was so troubling. I have absolutely no idea what happened. When I left his country a week ago I said, “Have a nice life. Goodbye!” and that was the end of it. I haven’t heard from him and am pretty certain I won’t. I feel confused, angry, and hurt, like I was sucker-punched. What the hell happened?

On a recent episode of the HBO/Sky Atlantic series, ‘Insecure’, when Molly introduces her hot, new guy who she’s only been on one date with to her friends at an engagement party, and they refer to him as her ‘boyfriend’, he goes along with it, causing Molly to feel rather excited. Alone at the bar afterwards, Chris essentially says that he could see her desperation so he was happy to fill that role for her but that it essentially should be oh-so-obvious to her that they’re not a couple.

Your pen not-so-much-of-a-pal, Alison, is quick with words, light on action.

He’s the type of person who’d give someone The Best Date Ever TM because he wants to feel good about not wanting to take it further. When the date feels confused about why they haven’t heard back, especially in light of what they thought was the “amazing chemistry”, he rationalises that at least he made sure he gave them a good time and goes on his merry way.

He’s insincere. What does he think you are? A charity that needs old flames to send love letters so that you can keep up the will to live? What’s the point in sending the letter if it’s fiction?

I think you hold him in too high an esteem. I’m not saying that you have to think of him an assclown, it’s just that a lot can change in twenty months never mind twenty years.

There you are thinking of him as your very own Buddha (or Yoda) and he doesn’t either recall what he said to you or rate its importance. Now at the end of the day, if advice he gave was life-changing, that won’t be changed by this recent fracas, but he’s either not the man you thought he was or he’s not the man he used to be. It’s also time to recognise that you’re not that woman anymore either.

Did you really both have that great a connection or was there an element of returning to your respective images of each other as a bit of boost that crossed into an element of fantasy?

Why do people reconnect with those they haven’t seen for a long time? There’s often this underlying desire to connect with their younger self, to see what could have been.

Why do you think so many people had affairs with old school friends they met on the now defunct Friends Reunited or why Facebook is cited in so many divorces? People love this idea of meeting up with somebody who reminds them of a different time, where maybe they were footloose and fancy free without the baggage they imagine they have right now. They also like meeting up with people who used to (and possibly still do) hold them in high regard, plus there’s this hope that maybe they’re the same as we remember them.

Reconnecting with old flames and long-lost friends turns us into time travellers.

You say that you “vaguely remember” that he couldn’t perform? What, you mean like the way he vaguely remembers that advice he gave you that made him so angry? Odds are, neither of you have forgotten about that performance no matter how loving and caring he was afterwards.

Now the truth is, we don’t know what’s been going on in his life during this twenty years but you might have represented an opportunity to right the wrongs of the past. He set himself up for a fall by creating expectations that it’s very possible he couldn’t live up to (or that he feared he couldn’t). If someone’s pitched you a Mills and Boon number where two become one and you’re going to get his ‘member’ but in reality they’ve got some confidence issues that are literally taking the wind out of their sails, it’s very possible that they will sabotage rather than run the risk of embarrassment and rejection.

What if you had fallen into each other’s arms and he’d swept you up to bed or ‘taken you’ right there and then, only for it to be a repeat of twenty years ago? Risky business.

You’ve grown and changed a lot in that twenty-year interval and the fact that his fantasy bubble burst isn’t a negative about you. You’re not obliged to be the woman from back then, no more than he’s obliged to be that guy.

Maybe talking about himself a lot is who he is and you just didn’t notice it first time round, or maybe he talked a lot about himself and was aloof because now that things weren’t a fantasy, he wanted to manage down your expectations. Maybe, even though you weren’t unkind to him at the time, he took something about the old experience as a rejection and has now ‘evened things up’ by doing the same to you.

I understand your hurt, anger and confusion, because it feels like you’ve been built up and then discarded.

It wasn’t necessary for him to create those expectations. Sure, you can also manage your own expectations but what people who pull what he did (and then almost make out like you’re crazy/needy/dramatic for querying it) need to keep in mind is that people would stop expecting if they stopped creating expectations.

The truth is though that this was a bit of a fantasy for you too.

He did Future Fake but there has also been an element of Future Faking yourself, granted with the help of his emails. You hoped on some level that you were two star-crossed lovers who’d had a tender night all those years ago and that you were sent on your way with some life-changing advice that you held close to your heart. To you, you were being reunited, ready for the fairy tale happy ending. Throw in that you had him on a pedestal anyway, possibly because your life wasn’t as good as it is now, and you didn’t stay grounded and ask yourself the right questions or manage your expectations. You didn’t grow up your image of him and arranging to spend four solid days with him had the potential to set you up for pain.

Some of your feelings are about this recent run-in but a lot of them will be about the dismantling of the 20-year fantasy. What you might need to consider is that yeah, he gave you some great advice but that it’s you who has done the graft. Thank him for being a part of your journey, thank yourself for this opportunity to update your perspective, and let go of your aspirations for him and you. He represents a distant past not your future.

Have you been in this type of situation? What would you advise Alison?

What Does a Person Really Have To Do If We're Willing To Excuse & Explain Away Everything?
When You Experience Problems Upgrading Your Commitment
Phased In Commitment - Reality based instead of hope based commitment
Share this...