Advice: Is it my fault that we broke up? 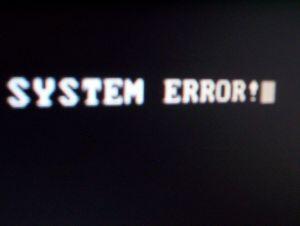 I met a guy last year who had been separated for six months after being married for nine and had two kids. He was upfront about this on the night I met him. I’d approached him in a pub by telling his friend I liked him. The following day he rang me constantly, which was scary so I didn’t reply until later, and then we texted for a week, then met up for a date.

I explained that I’d been hurt before, was reluctant to get involved, and that I needed to take things slowly. He explained his ‘baggage’, and the fact that his wife had left him and was taking him to the cleaners.

From the start he was very keen for me to meet his kids, which I didn’t want to do too soon because it would hurt if we broke up. We had a great time together, we met each others friends and family (on his request) and I was happier than I have ever been as he seemed to be all I wanted. He was older, had a good job, great house etc.

I met the kids after about 2 months and, despite this being terrifying (they were only 4 and 8), I quickly fell in love with them too and spent a lot of time with them. The estranged wife lives around the corner and aside from the occasional text about the ‘younger girlfriend’, she was fine. She was in a relationship, one my boyfriend suspected she started before the split.

I got told, “I couldn’t do this with her” and “I never had as much in common with her as I do with you” etc, basically saying I was so much better than her in every way (red flag, I know now).

He was very cynical about relationships and when his brother was getting married he kept saying ‘marriage is for mugs’. He put his house up for sale as he was struggling to afford it on his own and asked me if I wanted to look at houses with him, which I did. He also said he would love to have more kids and wanted to have them with me! Naturally I was deliriously happy, I’ve not had many boyfriends and certainly didn’t think I would ever be with someone this ‘great’. I had also fallen in love with him, which I told him and of course he never said it back.

Cracks appeared around when it was the kids’ birthdays, when they weren’t stopping at his house, and his ex taking them on holiday with her new guy. I made a mistake when, after his ex arrived at his brother’s wedding and the kids and him had all ended up in tears, I asked him if he ever wanted to have kids with me and, when he couldn’t give me an answer, I also ended up in tears as he seemed to be changing his tune on all he had said. The final straw came when his sister broke up with her husband and he said she was moving in with him for the next five years.

Naturally I was confused about where I stood so I asked him if he’d want to move in with me if we were together in two or three years. I’d fallen in love and missed him when we were apart. Again, he couldn’t answer and instead cried about his kids and the fact that they were on holiday with another man.

The following week he texted me to say he needed space and that he’d text on the Monday. By Tuesday I’d heard nothing so I texted him to say I was here if he wanted me, and if not that I would miss him and the kids. I then got the classic dumping text to tell me it “wasn’t my fault”, “I can’t give you what I you want”, “I just want to be on my own” and to “take care of myself”. Naturally I was devastated and I haven’t heard from him since.

I saw him on a night out before Xmas and he saw me and just walked away, leaving me feeling worse. My problem now is that I can’t stop blaming myself for asking him if he ever wanted me to move in, and also for asking him if he ever wanted to have kids with me. The worst thing is not just losing him, but the children that I was so fond of too. Would this have happened anyway, as I was clearly his rebound girl, or am I to blame for asking him these things? My friends have told me that if he had loved me as I had him, then we would have worked it out.

********************Okay, for a start, stop blaming yourself because that’s futile, unnecessary and quite wide of the mark. When we blame ourselves for things in relationships, it’s never for the right things and we don’t do anything positive with it.

This was a bad situation waiting to happen. I believe that sooner or later he was going to step back, blame the ex-wife, kids, him not being able to give enough and this would have happened irrespective of whether you had asked the questions. You have to remember, he was the one who mentioned having children and living together. You didn’t ask him out of the blue and you had every right to ask questions in light of the fact that he was contradicting his earlier statements. It’s called Defining The Relationship and this enables you to determine where you stand, whether you’re headed in a direction that you want to go in, and if on the basis of what he has said, whether you actually want to be there in the first place!

This guy is a classic Mr Unavailable. He was fresh out of a marriage when you met him. You actually had some gut signals that his behaviour was a bit odd, which scared you initially but eventually you succumbed to his pursuit. I think that he is still emotionally tied to his ex and as well as being the rebound girl, you were in essence a trophy relationship. ‘Look ex wife! I have somebody too! I can introduce her to the kids! I’ll show you how much I can move on!’, but actually, he couldn’t move on and although he had you hanging out with his kids all the time, he couldn’t hack the idea of his kids going on holiday with his ex-wife’s boyfriend. It’s rebound competing gone very wrong and you’re caught in the middle. He might not have categorically decided in his mind to compete but it’s what he has done nonetheless.

The fact that cracks would appear at things that were linked to his ex-wife and kids only strengthens the idea that he has a lot of hurt to deal with and he is still going through the process of acclimatising himself to the changes that have occurred. Is this something he could do with you? Unlikely. The key for new relationships is that while it is OK to have a little hand baggage, you should not be involved with someone who is very clearly not ready for a relationship. No matter what he said about having kids and moving in, his actions speak much louder and the fact that he is moving his sister in tells you all that you need to know. This is a classic example of a Mr Unavailable creating a big obstacle that he can blame his inability to commit on. Even if he doesn’t vocalise this, his sister living with him for several years and him telling you that, is his way of distancing himself from you.

This guy doesn’t know his arse from his elbow and he has made his feelings clear and the best that you could do is start the healing and accepting phases of breaking up so that you can move on. You are not to blame for his behaviour, however, I should point out that where you do need to take responsibility is for 1) being involved with an obviously emotionally unavailable man fresh out his marriage and generating mixed signals, 2) not listening to your gut about meeting his kids, and 3) being in a relationship with anyone because you clearly have your own issues, even saying that you have been hurt before and that you were reluctant to get involved.

Listen to your gut and learn to understand and trust it because it can help you more than you know. If you meet another man with kids, be very clear about the boundaries and meeting the kids and stick to it, this way you don’t get emotionally attached and his kids don’t get introduced to someone too soon and then experience a loss.

I don’t think that this guy loves you. Actions speak louder than words and while he was clearly attracted to you, attraction alone isn’t enough for him to deal with his feelings about his ex and find a way to make your relationship work. He is too caught up in himself and the best thing you could do is get caught up in yourself and make you a priority. We all experience hurt in relationships and you need to process your past pains, heal, get closure and move on otherwise you will carry it with you into every relationship.

This guy has made his feelings clear. Accept that you are going to feel some pain in the short term and recognise that he would have done this regardless. It’s not about you – he will be emotionally unavailable and difficult with any woman that he gets involved with and you need to want more than what he has to offer. If you can find a way to build your self-esteem and overcome your various hurts, you’ll find that a man like him will no longer be attractive or stand a chance.