Getting To Grips With Sexual Values – Avoiding Sexual Insanity, Rewarding and Gratitude and more 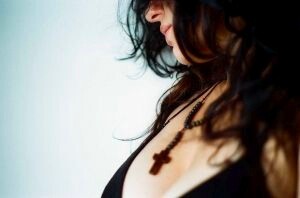 Reading the comments on my post yesterday about sexual pitfalls was a startling reminder of how as women, while we can often devalue ourselves inadvertently through our actions, that some of the men we’re involved with are only too eager to devalue us also, even when we want to ‘do the right’ thing by ourselves. While we can burn up a lot of energy trying to get them to change and see our value, what many of you will already realise is that it’s a waste of time and energy because the power to change our experiences comes from us. We are the only common denominator in our relationships, so rather than continue on our not so merry way, we can empower ourselves. This means for anyone who is involved with us, they either need to step up and play by the rules…or step. Here in part one are some of my thoughts about sexual values to help you on your way…

1. Stop engaging in the sexual insanity.

If you’ve dated twenty men and slept with them on the first date or fairly early in the relationship, it is sexual insanity to repeat the same behaviour and go for number 21 and beyond!

Sex is not everything but trust me when I say that if you’re struggling to forge a relationship but you’ve had a lot of sexual activity, I’d cut the sex and opt for substance so you can open your eyes.

If it didn’t feel good when you have slept with people earlier than you would prefer to or out of a situation that you were uncomfortable with on the previous twenty occasions; trust me when I say it won’t get anymore comfortable or better on the next occasion.

2. Know yourself and examine your own sexual values.

In my recent post about values I explain that

“Values are about what you need in order to live your life authentically so that you can be happy and feel good. These are about your firmly held beliefs about what makes you a person of value and also what you see as valuable in others.” so in turn your sexual values are about you understanding what you need to feel good (I’m not talking about technique!) via the experience surrounding your sexual interaction. It’s also understanding your firmly held beliefs because if you don’t understand why you act as you do, you will live life unconsciously unwittingly engaging in stuff that undermines your own professed desires.

What you believe manifests itself in your actions.

If you believe that the way someone shows you that you’re loved is through sex, or believe that your value is based on sexual currency, lo and behold, sex is what you’ll lead with and what you’ll value when you’re in the relationship.

Whatever sexual activity you’re engaging in, make sure it’s in line with what you do.

We have to stop holding on to outdated bollox like ‘It’s what girls do’ – Forget that! What do you do?

Much like your general values, it doesn’t matter what society, your family, the old lady down the street or your best friend do because if they are not your values, then they’re not your values and if you try to take on other people’s values, you will be out of sync with yourself.

‘Betty’ might have no problem sleeping with guys on the first date or before she knows they’re ‘exclusive’, but that doesn’t mean that you have to do it too. Let me assure you – there are many ‘Bettys’ in the world, having sex, going to ‘first’ ‘second’ and ‘third base’ who actually on reflection really don’t want to.

If you want an idea of what you’re uncomfortable with, look back at your relationship pattern. Where were you uncomfortable? Where did you feel devalued and like crap? Stop repeating these situations and actions – it’s never going to feel good!

Ask yourself what your core 3-5 beliefs are about sex. Don’t think about it too much – just write down the first things that come to mind. What you read back to yourself is likely playing huge part in your sexual interactions.

3. Don’t use sex as a currency – it is not an equal exchange of goods!

Sex shouldn’t be used to barter, reward, control, or manipulate people. If you place a large emphasis on sex but are in reality looking to have your emotional needs met and be in a mutually fulfilling relationship, you will find that you will be at conflict with yourself and undermining your own efforts if you reward with sex. You’ve also got to stop feeling like you must have sex with someone or that it’s expected.

You don’t owe anyone a shag because they called you, took you out for dinner, brought you a drink, or finally dignified you with showing up and holding a conversation with you. Even if they’re nice, kind, caring, thoughtful, whatever, you still don’t ‘owe’ them sex.

Sex is part of an overall relationship equation and when you have a foundation to your relationship, sex helps to bond you further, extend intimacy, and is another way of demonstrating affection but should not be the only way. It is not just men who are guilty of trying to communicate via sex – women do too. It’s important to recognise that there are other ways to show your interest that don’t involve dropping your knickers or an exchange of bodily fluids.

We need to believe they’ll be around long enough to enjoy sex with us at a later stage and we also need to believe we are worthy of being treated decently instead of feeling surprised and in turn feeling motivated to sleep with them.

We need to stop feeling so grateful for getting the bare basics of being treated decently – we’re supposed to be! It’s like ‘Oh he’s still here and he’s called a few times and taken me out. Tom, Dick, and Harry, wouldn’t have done that! Oh I know – I’ll have sex with him to show him how I appreciate it and how interested I am’.

Even if your relationship is early days, when someone wants to be with you and you have boundaries, shared values, and the care, trust, and respect, you are far better placed for love to follow and to feel safe and secure in the relationship.

You should be having sex within the confines of your values and where you feel comfortable. There shouldn’t be an undertone to things, it shouldn’t be based on fear, coercion, or some intrinsic message that you owe someone a piece because they’re with you – you don’t need to be grateful for anyone’s interest. You deserve to be loved and cared about.

This is why it is important to have a relationship with boundaries, values and mutual love, care, trust, and respect because you’re both on a two way street and sex is part of the overflow of good feelings within your relationship as opposed to this sideline thing that’s ambiguous and messing with your mind.

4. It can be the greatest sex on earth but it doesn’t mean much if you don’t have a relationship to back it up!

Vaginas and penises don’t share common values and they can’t ‘communicate’, make decisions, or act with love, care, trust, or respect. Do not give your vagina responsibility it cannot handle – it’s like absolving yourself of your own duty of care.

Men have often been accused of being led by their penises – don’t let your vagina lead you astray. If you are allowing it to determine decisions about who you love and stay with, I suggest you put yourself on lockdown and work through your beliefs about sex and get a clear head. When you do have sex, force yourself to extend the amount of time you would normally have sex.

Trust me when I say that it’s a lot harder to turn sex on it’s own into a great relationship than it is to turn two people with common core values, love, care, trust, and respect into two people having great sex. If you don’t believe me, just ask all the women who have been booty calls, friends with benefits etc…

5. Take the focus off him and bring it back to you. Be Yourself.

Part of the problem with relationships that deplete and detract from us that from the outset or at some point, we are not being our authentic selves – we are being whoever and whatever we think that person wants us to be.

From the moment you start sexually engaging with someone and it’s not in line with your values, you are setting an unhealthy tone for the relationship.

It’s not just about him – Attend to you own needs. If you do stuff based on always meeting someone else’s needs, you will neglect to meet your own needs, especially if you are not in a mutually fulfilling relationship.

Where this is particularly dangerous is with sexual values – it is time to start asking ourselves why we are engaging in stuff that we are not comfortable with and that isn’t congruent with our own personal core values never mind our sexual values.

Your thoughts? Back in part two! Image credit SXC Ignacioleo

Stop Explaining. Stop Justifying. Stop Talking. Boundaries Are Upheld With Action
The Importance Of Being Upfront With a Casual Relationship…Even If It Means The Possibility Of It En...
Love Lessons: When You Can’t or Won’t Ask Questions of the Man You're Dating/in a Relationship With ...