Using Sexual Atraction as a Judge of Character & Other Sexual Pitfalls 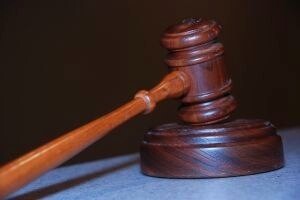 It’s been a while since I’ve talked about sex (on the blog that is) but yesterday when I wrote about our boundaries and how they’re our personal electric fence, some of the comments and emails reminded me of how as women, we have really got to draw some very firm lines, especially with ourselves and address our ideas and beliefs about sex.

Trust me, if you have little or no boundaries and some dubious ideas about sexual interaction with men, you will find yourself placing too much emphasis on sex, mistaking sexual attraction for love and emotional intimacy, and based on how your libido reacts, you may use sex as a ‘tool’ for assessing whether you should ‘love’ and stay. Below are just some of the sexual pitfalls (ideas, actions, and beliefs) that affect women dating everywhere – from big cities, to teenie, tiny villages.

1. The fact that you find someone attractive, feel a chemistry with them, your libido goes crazy, or you swing from the chandeliers while having orgasms is not indicative of 1) their character or 2) your love for them.

Just like the issue of common interests, we assume that when we find someone attractive or they make us go crazy in the sack, that this correlates to the rest of their character.

We assume that someone who we find attractive or have a great sexual ‘connection’ with is someone who possesses similar values and is an ideal love partner.

The ‘attraction’ ‘chemistry’ and ‘libido’ response is more often than not, totally unlinked to the actual character of the person, especially if you 1) don’t actually know them yet or 2) are in denial about who they are.

2. Do not use your libido, orgasms etc as a judge of character or you will be love blind and a slave to your hormones.

You are giving yourself too much credit for your powers of judgement and using the wrong ‘skills’ to gauge the suitability of partners. If you focus on the feeling created by sex, you will end up like a crack fiend looking for their next fix. You’ll lose sight of yourself, who they really are and what your relationship actually is or isn’t and believe that the sex, which you also think is your ‘love’, will fix everything; it won’t.

3. Sex is just sex. It’s not love, it’s not emotion, and it’s not a demonstration of how much someone feels for you or what you feel for them.

Combined with love, care, trust, and respect, sex is a key way of being intimate with your partner, but without love, care, trust, and respect, it is important to realise that on its own it is a physical act. Having great sex doesn’t mean that you love them or that they love you. Not so great people can be really good in bed – in time you will recognise the hollowness and the real lack of intimacy between you both. If the ‘intimacy’ can’t translate beyond sex, your relationship is limited.

4. Any guy who literally ‘cannot wait’ to have you and ‘must’ sleep with you tonight, should probably wait. Especially if the length of time you have known him is seconds, minutes, hours, or days…

Eagerness to sleep with you is not the same as having a high level of genuine interest.

Think back to the guys who have been eager to sleep with you, whether they’ve badgered you for sex or littered the conversation with sexual references, or given you ‘that look’ that lets you know exactly what they want – where are they?

5. Decent guys don’t get mean, sarcastic, petulant or anything negative with you when you say that you don’t want to have sex.

In fact, you may not even need to have the conversation.

6. Whatever it is that you think you’re going to find out or be able to do as a result of having sex, I’d move on to plan B.

E.g. Last year, a reader told me about how the only way she could maintain any contact and feel like she had any power over her situation or the guy was to work her magic on him. She’d practically be begging him to let her give him oral sex. Apparently she was the best at it but the fact remained that whether she was top of the tree or number 25, or whether she had the power to win him over for a few minutes, all he knew was that he still didn’t want a relationship, but at least he knew where he could get his rocks off…

7. You cannot expect sexual exclusivity while knowing that the person isn’t actually exclusive with you.

This means either be exclusive, or don’t have sex. Or…play Russian roulette, be very casual, or find yourself in a super ambiguous zone….

The expectation of sexual exclusivity without relationship exclusivity is a half hearted boundary and an attempt to seek validation by having the ‘main title’.

Both men and women like ‘titles’ and knowing where they are in the pecking order, but if you are in a pecking order in a relationship, it is already start of a very slippery slide down a very painful slope.

By expecting sexual exclusivity without relationship exclusivity, you’re requiring high trust levels from yourself and being very half-hearted because at the end of the day, the person knows that you’re likely to be there even if they’re involved with several people and even if you’re not actually sure they’re being ‘faithful’. You’re almost setting yourself up to fail and getting ready to take up a position where you ‘prove’ your worthiness so that he’ll drop all others.

Expressing how much you like sex or how much you love the sexuality of the other person, their amazing bum, or whatever, is not the same as expressing yourself emotionally or communicating how you feel about that person emotionally.

You’re certainly not in love with the person or taking into account their character. Next time you’re feeling nostalgic or selling yourself the idea of going back for more, replace your mental image of him with a giant penis.

If you’re still tempted, see what ‘substance’ (as in characteristics, qualities, values etc) that you can add to the penis to make it a ‘whole person’.

Don’t get things twisted and add meaning where there is no meaning or where it means something entirely different and certainly don’t make excuses for him and say ‘Oh it’s just his style. He doesn’t know how to express himself. I know what he means!’ No you don’t because what he means is what he means – you’re attempting to make a silk purse out a pigs ear. When someone misses you they tell you that they miss you. This is just like when someone says ‘I really miss you being there for me’ which really means ‘I really miss you being that steady, reliable, too trusting person who let me get away with everything…until you put your foot down.’

11. If when you hear from a guy is linked to sex, it’s because they’re getting in touch with you for sex.

They might put some chit chat in, buy you a drink, dinner, flowers, or even say nice things but if when you hear from them is largely based around arranging to hook up, it’s because you’re hooking up. If there’s not much going on in between, it’s not because he’s ‘busy’, it’s because you are involved in a sexual relationship.

Sex is confusing things in your interactions. To ensure that you don’t love or trust blindly, or take a quick hop, skip and a jump to The Justifying Zone, that special place we go to where we look for reasons to justify our initial emotional or sexual investment, it is best to open your eyes, put your feet in reality, and get to know the person without being blinded by your ill judging libido.

No, not having sex is not a guarantee of the relationship working out, but odds are that if you don’t have the distraction of whatever ideas and perceptions you have about him based on the sex, you will either opt out of a dubious situation far sooner, or recognise a an opportunity for a healthy relationship.

Advice: Help me understand how my emotionally unavailable man has been treating me
Forgiveness Made Simpler
8 Things That Every Woman Should Steer Clear Of
Share this...