It Really Is OK To Admit You’ve Made an Error in Judgement. Yes really. 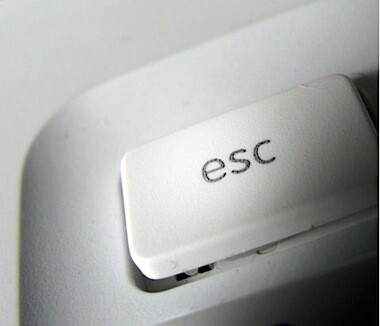 Often when I speak or correspond with people that are struggling to come to terms with reconciling the reality of someone with the perception that they had of them, or the relationship not working out, it becomes apparent that at some point they recognised that they’d made an error in judgement but proceeded anyway.

When you don’t admit that you’ve got it wrong, you end up staying in a relationship long past its sell-by-date, adapting yourself and/or trying to force the other party to change and adopt the behaviours, characteristics and values that you want them to, so that you get to be ‘right’ and avoid what you perceive as the vulnerability of admitting a mistake.

In life, we receive ‘feedback’ both through actions and words which includes what goes unsaid and undone that alert us to an ‘error’ or ‘discrepancy’. It’s processing this feedback and acting upon it that helps to build self-esteem, confidence, and faith in you. You then know that even in the face of uncomfortable realisations and decisions, you’ve always got your back.

Failing to process this feedback causes you to become trapped in denial which opens you up to further pain and compounds the original ‘mistake’ in a snowball effect. It then means that even if the relationship ends, because you put so much effort into dodging the mistake, you become afraid of trusting yourself, and so either end up avoiding relationships to minimise the risk or repeating the pattern in the hope that ‘this time’ they’ll correct the original mistake you’ve worked so hard to avoid admitting and you’ll be validated – trying to be the exception to the rule.

This is why so many people go out with same person, different package – toxic type. It’s like righting the wrongs of the past – if one coughs up and validates, it’ll pay off all the bad debt from all the previous like some jacked up slot machine. You can then say “I knew it was them! See, I was right!”

Not admitting that you’ve made a mistake is like going to a level crossing, recognising your error, realising that you have enough time to turn back and get out of the way, but instead saying “Eff it! The train needs to stop or move.” It’s like making a poor investment, realising that that it’s bankrupt and instead of cutting your losses, throwing more money at it so that you avoid admitting that you made a bad investment. Only thing is, you’re still making a bad investment.

You are human. You love, you want to be loved and you’re also prone to mistakes. Everyone makes them, even people you think are perfect and ‘better than’ you.

When you get indicators that how you perceive things to be is incorrect or needs some ‘adjustment’, it’s like flags going up. At the first or even few flags, while it may be painful to acknowledge, the damage can be limited.

The more flags that you pass through, the greater your mistake, the more distanced you become from recognising the original issue plus you become entangled in the mistake and you can struggle to work out what’s what, especially if you’re the type of person that becomes a Siamese twin and thinks you’re feeling and acting for the two of you.

Much like when I find that people dig their heels in and stay in a relationship for years and then they recognise how much time has passed and then think “I’ve put in too much to go now. It’s 1/3/5/10/X years – that’s just too big to walk away from and I’ve given so much” – this is how mistake dodgers think.

When you look at the implications of the mistake now you think “Oh my God! I’ve come too far and accepted so much! I know I made an error in judgement but I continued because I saw so much potential in them and hoped they’d appreciate my love, so to admit that I made a mistake about that too is just too big.”

People who don’t like admitting they’ve made a mistake when they realise that the person is not what they thought or the relationship that they expected isn’t on offer, get caught up in blaming themselves for the other persons actions while at the same time giving themselves a hard time and busting their proverbial balls.

The thing is, you’re not responsible for Other Peoples Behaviour. You’re also not, for example, responsible for things they say they are and that they promise they’ll do (Future faking) that don’t materialise. That would be controlling the uncontrollable and thinking you’re capable of Jedi mind tricks.

You’re only responsible for you. You can only influence your actions. You can only enable existing inclinations on their part – you can’t ‘give’ them a sudden desire to be an asshole.

The mistake becomes “too big” because by refusing to listen to yourself or to feedback that you’re getting from the person and your relationship, by busting through those flags and shutting out and overriding concerns, you now feel complicit.

This is why when you do eventually leave, you feel so angry with yourself for continuing and not doing right by you. It’s incredibly painful and feels like you sacrificed too much, especially if you stayed for a very long time. You may struggle to forgive yourself but it would be a mistake not to forgive you. Grow out of the mistake instead of flogging yourself.

The truth is, with all the best will in the world, you’re not always able to find out immediately who someone is and what their true motives are. That’s why dating is a discovery phase for you to do the due diligence with your eyes and ears open while you’re having a good time. Dating doesn’t equal relationship or a commitment and you lessen the magnitude of what you perceive to be a bone crushing mistake if you’re not only aware of code amber and red behaviour, but you treat yourself like a trustworthy friend, listen, and act upon feedback.

If you’re going to date, shag, or have a relationship at any cost, the cost will be you and the errors will clock up.

It really is OK to admit that you’ve made an error in judgement – it keeps you on the path of doing the right thing by you. Trying to force people to do what you want or becoming a Transformer and accommodating crap so you can dodge a mistake is just too much effort. It makes something far bigger than it needs to be. The sky won’t fall down. You’ll live to fight another day. You’ll live to love again. But you can never know what you can be or do if you limit yourself by refusing to admit when you’ve erred because you never learn anything, you remain trapped in denial and your mistakes become false truths because you keep living them when you could have moved on from them.

The Broken Windows Theory Applied to Boundaries & Self-Esteem: Time to fix your window(s)!
Podcast Ep. 129: Things That Make You Go Hmmm
Dating Doesn't Equal Relationship! It's a Discovery Phase Not a Relationship Guarantee