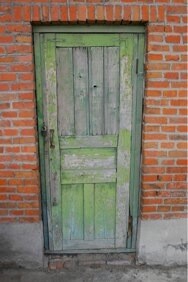 A male friend of ours has been going through a really difficult time. When we hung out last week, he emphasised to the boyf and I, how he’s steering clear of relationships and focusing on getting his life together. My ears pricked up though when he ‘casually’ mentioned a female friend who he was hanging out with. A bit of probing quickly revealed that she’d also recently experienced a breakup.

“So you’re just friends?” I asked and paused for a few seconds waiting for what I suspected was to come. He insisted yes and then said “OK, well actually she stayed over last weekend but seriously, it was strictly as friends.” He then admitted they’d slept in the same bed and that nothing had happened. I waited a few more seconds. He then admitted they’d had a kiss and a cuddle. Hi-la-ri-ous!

Now let’s be real – you know how this story goes, possibly because you’ve been in this very situation yourself.

He’s told her what’s been going on his life and has (so he claims) emphatically stated that he doesn’t want a relationship and absolutely can’t do one. She’s out of something pretty bad too and claims to be in full agreement. However proving yet again that there’s no such thing as a casual relationship (an oxymoron in itself), it was less than a week later before she was trying to make plans and angling to stay over at his. Like a girlfriend.

Even funnier – there’s another couple of women he’s ‘texting’ with. When I asked him why he can’t just be by himself, sort himself out, find things to do, see friends etc, he told me that he couldn’t ‘manage’ without female attention and these interactions break up the routine.

His rationale is that he’s told her everything that’s being going on his life and how he doesn’t want a relationship so he thinks that she understands the ‘terms’ and that he clearly isn’t in a position to be anything other than casual. What he hasn’t realised is that while he may have been upfront, at the same time his actions can be perceived as ‘mixed messages’. Many people still think that people who don’t want relationships either shag you and then shag off, or remain alone – this is completely untrue.

The ‘passenger’ in casual relationships participates to use it as ‘backdoor’ entry to a committed relationship at a later date. For many people, having needs, expectations, and even standards from the outset is something they’re scared to risk even though it’s pure lunacy because to try to be involved with someone without these, is like turning up dressed as a doormat.

Acting casually wards off the threat of rejection and stretching yourself. There’s now such a fear of the vulnerability that comes with dating that it’s been watered down to the nothingness of a casual relationship. The hidden agenda is that you’ll ’embed’ yourself and upgrade later. It’s like “I’m going to be a willing ear, easy going, indispensable, a great lay etc that they’ll want me around all the time.”

The ‘driver’ in casual relationships is all out for themselves using ‘honesty’ to downgrade the other person’s expectations and standards. Casual relationships are about having all of the fringe benefits of a relationship without the relationship. Some would argue why they wouldn’t just have one night stands instead of, in some instances, treating people like unpaid hookers, armchair psychologists, on board entertainment, and beards, but getting so much for so little, feels so much better than what may feel like the soulless experience of being with someone who doesn’t care about you and has no interest.

This is ridiculous when you think about it: Some of us need people to give a sh*t about us even when we don’t about them.

9 out of 10 people when told they’re a user will deny it but when someone exploits others to get their needs met, ‘using’, even if they’ve been ‘honest’, is actually what it is.

What we all need to do is be responsible for our emotional health and standards because the fact is, there are people out there that are only too willing to hold you to a lower standard in the name of ‘fun’ and ‘keeping things light’. You have to hold yourself to a higher standard than what they have in mind for you because the hidden agenda of being casual about your needs and then upgrading later is a painful, deluded plan because if someone can get everything out of you for little or no emotional and relationship contribution from them, the tone has been set and they’re cruising on easy street.

Fact is, you have better things to be doing than breaking up the monotony of someone’s day or being the on demand entertainment.

It’s not about them meaning you any harm but they’re so focused on what they want, that it doesn’t occur to them that some of their contradictory behaviour is misleading and the truth is that some people overestimate their capability to cope with a casual relationship.

My friend admitted that there are clear indicators that his ‘friend’ has more than casual feelings for him and is indeed trying the back door route to a relationship. He should be walking away instead of dropping more hints or giving reminders while getting an ego stroke and a ‘cuddle’. Yes she’d probably feel a bit miffed in the short-term but it’ll be far less painful than in a few months down the road when he starts dodging her calls and texts or saying shite like “You knew my situation when we met.”

That’s not to take away from her responsibility to take care of herself, but you know what? Part of the reason why I refer to there being a ‘driver’ and a ‘passenger’ is because there’s someone driving things on their terms that knows the score and even when they become aware that the ‘passenger’ is feeling and wants more, they’re too busy stuffing themselves at the all-you-can-eat-buffet to walk away.

If someone shows that they clearly have more feelings for you, then it’s obvious that you’ve not only failed to do as good a job of explaining, but that you’ve definitely overstayed your welcome and it’s time to move on.

It begs the question of: “If you know they want more and that you can’t give more, why haven’t you left?” The answer: “There’s plenty in it for you to enjoy in the meantime.”

Don’t allow someone to use you as a plaything because you’ve got your own agenda of selling them in on a lower price option now and upgrading them later. Dating is the route to a relationship – stop taking shortcuts that sell you short.

Great posts on this subject by others this week: So You Don’t Fall In Love: A Thesis For Emotionally Unavailable Men and Letting Go of Mr Nice

Why you will always be a Yo-Yo Girl if you don't maintain the No Contact Rule
A Lesson in The Self-Fulfilling Prophecy of Seeking Validation in Relationships
When Sex is Just Sex: It is what it is but how about the guys speak up!