Knowing If You Feel Good In New Relationships Part Two 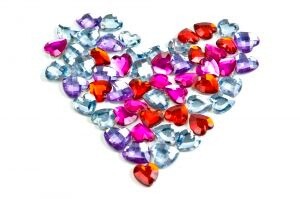 In part one, I talked about the prep work needed for you to be in a fairly optimal position for dating and relationships and some of the initial signals that you can use to determine whether you’re feeling good in a good relationship, or catering to patterns in a familiar negative relationship, which included keeping the drama minimal, actions matching words, forgetting about your relationship past to enjoy your relationship present, putting both feet in, enjoying your inner calm, and trusting yourself rather than letting fear derail you and the relationship.

Are you behaving like someone that likes them? Are they behaving like someone that likes you? Much like in part one where I talked about actions matching words, this ties into it. This is not about having a lot of sex and thinking ‘Ooh, I like them’ or ‘Ooh, they’re crazy about me’. This is about whether you are both showing that you like each other across all areas of your relationship? Neither one of you should be blowing hot and cold or attempting to sabotage the relationship. Guys that say that they like you, act like they like you, and that’s not just sexually but in the way that you are treated. Consistently.

No gameplaying and secret agenda setting. If you’ve been in a negative relationship before, you’ll recognise that there was an element of game playing at times with a distinct feeling of cat and mouse, trying to work out his next move, trying not to appear too interested, or dealing with their secret agendas. Unless you want to put a wrecking ball through your relationship, don’t play games and don’t set them tests. You’ll come across as manipulative and behaviour like this is partly about validation and partly about sabotage, and again, you may come across as emotionally demanding.

Are they getting to know you? Are you being yourself? Many people who have habitually been involved in relationships that have affected their self-esteem, their trust, and beliefs about themselves, love, and relationships, often don’t know who they are when they stand still and suddenly realise how much their love lives have dominated them. These are the same people that over-give, morph, are co-dependent, often lack in personal security, and are pretending to be happier than they feel. If you’re being yourself and you feel good, and you’re letting them get to know you, rather than trying to project the you that you think that they want to know, you have significantly increased chances of actually keeping the relationship real rather than taking it into illusions zone. By being yourself, you’ll also recognise when their own actions make you feel uncomfortable…or really good.

There shouldn’t be any residing in The Justifying Zone. If you find yourself in this zone, it’s usually because you have become sexually and/or emotionally invested and then even though you are receiving signals that this may not be a viable relationship due to boundary crossing, red flags etc, you stick with it because you want to justify your initial sexual and emotional involvement. You’d rather try to force the bad investment to come good. Likewise, if you find yourself making excuses for them either to yourself or others, I would question how ‘good’ you really feel.

Are you actually communicating? I cannot emphasise enough that if you conduct your ‘relationship’ predominantly over lazy forms of communication such as text, email, and instant messenger, this not only puts you in the frontline for illusion building and someone who is emotionally distant, but you cannot forge real connections.

It is important to remember:

Communication is not all verbal – it’s your actions too, and also what goes unsaid and undone.

People who really want to put their feet into the relationship will make efforts across a variety of ‘communication platforms’ with the predominant ones being face-to-face and on the phone. Regular contact is pivotal and if you find the contact regressing, I would be majorly concerned.

I would also like to stress that no-one is that busy that they can’t find a couple of minutes out of the day to touch base. This is where it’s important to remember what you are and aren’t comfortable with. It’s important to make sure that you’re not making waiting for their calls etc as the focal point of your life.

This isn’t about going on a few dates and demanding to know why they aren’t calling you everyday; it’s about knowing that you’re in a relationship, that you have reasonable expectations about being communicated with, and that both of you want the other person to feel good and don’t want either person to be in a position of wondering ‘I wonder when they’re going to call me’ or ‘Why haven’t they called me?’.

If one person is dictating the communication, either because they took control of it or you passively sat back and decided to wait for them, I would address this situation – both of you need to show your interest. Being passive may communicate disinterest or emotional laziness.

Is the relationship progressing or is it in fits and starts with a bit of a two steps forward, two steps back scenario? You’ll feel good in a relationship that is gradually progressing. You’ll find that when you have felt bad, it’s either because it took off with great intensity and then rapidly receded and then dipped up and down, or it got off to a slow canter, edged forward a bit, then slow canter and after a while, you felt like you were pulling teeth. Good relationships progress. For relationships to move forward, they have, yes you guessed it, progress. Time will start moving on when you’re in a good relationship feeling good. Time will slow down, especially with some buffoon clinging to the hands of time and change holding the relationship back…

Are you both able to talk about your involvement with each other without there being negative repercussions? You’re both enjoying one another, getting involved in one and another’s lives, and sometimes you both say things that indicate that you expect them to be around the following day/week/month(s). The first time one of you says it, there’s possibly a red faced moment, but either way, you’re both still there, and over time, you both feel good not only making plans but following through on them. Be careful of future fakers that make a lot of plans and have very little action. You don’t need a blue sky thinker talking out of their bum because whilst it’s nice that they’re creative and have an imagination, they could yank themselves back to the present and the immediate future and make plans for then.

Are they involving you in their lives? When you’re in a good relationship, you’re not afraid to involve one another in each others lives. Many who have been in dubious relationships have found that their partners wouldn’t let them into their lives or only gave ‘limited access’. It feels good to gradually involve one another in your world’s. It opens up new memories, opportunities, a deeper connection, and is a way of learning more about one another.

No exes lurking and even if they do, it’s not by yours or their invitation. We can’t always control exes that pop up in our lives. The key is in how much of an impact they have. Your ex can pop up but like those games where you have to put the mole back into the mound with a hammer, this is what you have to do in the actions and/or verbal sense. That desperate urge to have your ex as a friend often recedes when you realise that if you really want to move on with someone else, you need to be focusing your energies on your current partner, not fertilising your ex garden.

Remember that all relationships with a decent prospect of feeling good and progressing need love (actions that show that they love you and when starting out show the potential for love), care, trust, and respect. You need consistency, integrity, communication, and actions matching words. You need to be open to receiving love and put both of your feet in. You need to feel good about you so that you aren’t questioning and second guessing yourself, but most of all, so that you know your own feelings. Ultimately, if you keep it real, you know if you feel good and you can trust in it. Exhale, embrace, and most of all, enjoy!

There's Something About Mr Unavailable - The Emotionally Unavailable Man
The No Contact Rule: The Get Out Plan
Podcast Ep. 3: The Critical Parent's Effect on You, Mixing Up Boredom With Fear of Being Alone With ...