Revisited: Behind every excuse lies the real reason 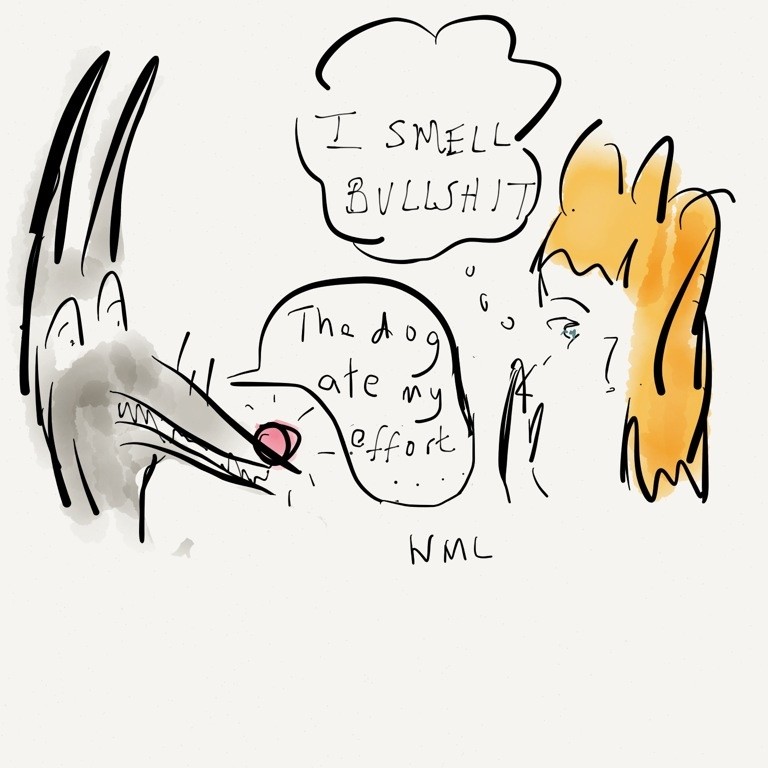 Saying “The dog ate my homework” gives the impression that you’ve been a victim of misfortune and avoids conflict whereas saying, “I couldn’t be arsed to do my homework” or “I forgot” makes you look lazy and lacking in conscientiousness.

By the time you read this, I’ll [hopefully] have set up our tent at Camp Bestival and will be sipping on mojitos. The kids have got temporary tattoos with my mobile number on them (please Nia don’t pull a disappearing act), I’ve packed enough food to feed a village and I’ll make sure to post some pics to Instagram so check the feed on the right hand side. Em has spared me from Barbara Streisand filled journey although I’ve heard a lot of Five Star and as I type this he’s singing along with ‘123 shake your body down’…

Yesterday I spent the afternoon at the Museum of Childhood (one of my favourite places!) with one of my oldest friends from back home in Dublin. It was flipping sweltering and we made feather headdresses out of paper. I was last to finish as I was enjoying making mine so much…

My mother-in-law is arriving in a couple of days and I’ve been so busy with the kids, Em will have to get the spare room set up. Haha!

There’s been lots of relaxation as we’ve had playdates or activities all week. I’ve also been giving a little bit of help to friends who are on the verge of launching businesses. Don’t worry – I haven’t been working too hard!

I’ve ended up watching Breaking Bad this week and I laughed so hard in the second episode, I damn near thought I’d wet myself laughing.

For those who have been asking, the values and being valued posts are on the schedule for revisiting.

Are You Stuck In An Uncomfortable Comfort Zone?
Those Who Doth Protest Too Much: Stop 'advertising' and just 'be'
You're Not Going Crazy: It Doesn't Matter If They're Unavailable or Not That Interested