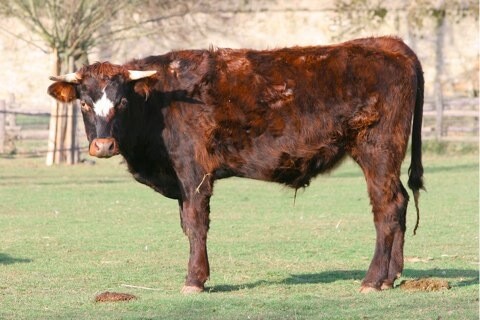 I don’t know if it’s because it’s the new year, but I’ve had quite a few people sharing their quite negative beliefs about their future relationship prospects and what they view as the problems with the world. When put together, it looks like this:

There are no good black men to date.

If I don’t make it out of my twenties without being married, I’m going to end up alone forever. (No doubt eventually being found dead in an apartment being feasted on by Alsatians.)

It’s going to be really hard to meet someone with my issues.

From people in their thirties: It’s really hard to find someone.

All the good men are gone.

All women are really picky.

All the white women are getting all of the good black men. (Note that would be the same black men that don’t exist for others…)

People are really f*cked up and untrustworthy.

From people in their forties: It’s going to be nigh on impossible to find someone who wants a relationship, never mind to settle down.

Women/men don’t want to be with a guy/woman with a few kids or who can’t or doesn’t want kids.

Guys only want women who are in their twenties with perky tits.

All the women in their thirties are nabbing the forty-something guys.

By this stage in life, people have too many problems.

I’ve made so many mistakes and I’ve obviously missed the boat – I’m unlikely to love again.

They’ve never been married and they’re in their forties – there must be something wrong with them.

They’ve been married before – there must be something wrong with them.

There was an article on a website that said it’s tricky to date – that’s my chances screwed then.

From people in their fifties: I don’t hold out much hope of meeting anyone again.

All the good guys are gone/dead.

If they’re in their fifties and they’re single, there must be something wrong with them.

People in their sixties want people who are under fifty.

What’s very interesting about the stories we tell ourselves about why we believe love and a relationship isn’t going to happen for us, is that when you piece together what’s being said, it becomes clear that people who say these things about themselves, relationships, life, and others, don’t believe in love or them being capable of having a mutually fulfilling relationship at any age. That and all of these people across every age group are contradicting the crap out of each other.

What we believe is really about what we believe our capabilities are in that context. Every single last one of these broad sweeping statements says: I don’t believe that love can happen for me. The last chance saloon has gone.

Every time I hear statements like this, you don’t realise that you’re doling out your excuse for why you don’t think you should bother 1) changing and 2) trying.

There may be several reasons and experiences that fuel this but when it all boils down to it, it’s ‘I’m not good enough’.

In spite of evidence of people forging new relationships every day, of there being real love, real happiness, real commitment, real respect, real care, real trust, what you believe about yourself means that you think you’re likely to fail.

You have an anomaly state of mind. You’re back to the long-shot mentality.

When you’ve pursued unhealthy relationships, it has in essence come down to trying to convince someone to make you the exception to their rule of behaviour. Can you see a running theme here?

Fear of failure and making mistakes, plus a desire to remain in your comfort zone guide your choices by catering to negative and unrealistic beliefs which then give you an outside chance of it working out. You’ve already accepted failure, so you can’t ‘fully’ fail which also lets you off the hook for being responsible for your own life.

Instead of acknowledging where you’ve pegged yourself as a long shot, you can tell yourself that there’s nobody decent to date or that it’s impossible for your age group.

It’s not that some concerns aren’t real – your concerns are your concerns – but it’s interesting that when given a choice between focusing on evidence of people defying your predictions, you choose to focus on what caters to your beliefs, and ultimately your self-fulfilling prophecy.

If you’re one of those people that hears about someone else’s relationship experience or reads an article about relationships and goes into a downward spiral, it’s like looking for any excuse to stick with your firmly held beliefs.

It doesn’t matter what age you are – I’ve given people aged between 20-55 examples of people finding love. Do you know what the person who has essentially given up on themselves says out loud or privately? “Yeah well they’re beautiful/lucky/don’t have the same issues/in a bigger city/in a smaller city/haven’t been hurt as much as me.”

Stop. This is bullshit. It is bad enough when others eff you over and sell you short, but it’s even worse when you do it.

As I explained to a reader, this mentality is like hearing about people having difficulty getting a job and then saying “There are no jobs” or “I’m unlikely to ever get a decent job again”. That’s just not frickin true. I’m not saying it’s not harder to get a job, just like I’m not even going to suggest that it’s a piece of cake to meet someone either, but you know what?

Even before there was online dating, texting, and a more casual attitude to shagging it up, people have been griping about problems with relationships. And the job market.

Nobody who genuinely cares about and loves themselves dedicates their time and energy to forecasting a life without opportunities.

It is natural to be hurt. It’s natural to even feel a bit jaded, especially if you’ve done your fair share of shady relationships, but instead of declaring yourself bankrupt and seeing the world through a distorted lens, invest time and energy on being 100% positively focused on you and addressing your beliefs and relationship habits.

It ain’t over till it’s over. How can you say you’ll never love again or that you’ve experienced everything, or that there’s no decent people left to date? You haven’t finished living yet! If you have so much of a crystal ball into your future, it’s a shame you couldn’t have seen your way to seeing yourself out of trouble previously!

If I believed everything people said about me or listened to what everyone has to say about the world’s relationship prospects, or even listened to my old beliefs, I wouldn’t be where I am today – somewhere far different from what I originally forecast or expected.

How Important Is It For You To Be The Good Girl?
Telling Them All About Themselves – Why It’s Not Your Job To List Their Flaws and Crimes
Is it love? Or is it glorification? Stop pumping them up & take down that pedestal!