Why You Need To Drop The ‘But nobody’s perfect! We all have baggage!’ Argument 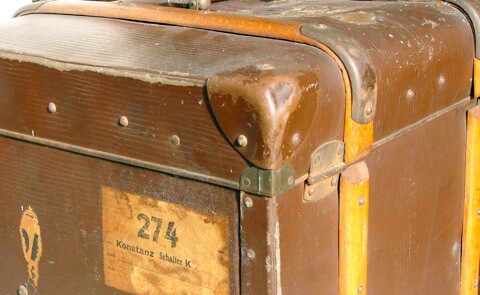 If there’s one thing that observing relationships has taught me, it’s that we have a funny way of pitching a bad situation to ourselves and making it palatable. This allows us to remain invested in something that detracts from us because otherwise we’d actually have to make uncomfortable decisions and take action.

I get people saying “Natalie, nobody’s perfect! We all have baggage!”

When you deny, rationalise, minimise, and make exceptions to stuff that busts up your boundaries, or you find yourself being the Buffer to a Transitional in a rebound relationship, or you even find yourself in an abusive relationship, it’s often because you’re rolling with the perfection and baggage argument, which is old, tired, and redundant, and I say this to spare you from bullshitting yourself any further – get on The BS Diet.

Let me tell you with 100% certainty that people who are in mutually fulfilling relationships with love, care, trust, and respect in them, don’t say stuff like this. Only people who have to justify a poor situation and talk about ‘good points’, roll out the perfection and baggage arguments.

Nobody is perfect and we all have some level of baggage, but some stuff isn’t compatible with a healthy relationship.

If you want to be a Buffer forever more, or a Florence Nightingale, or another form of Fallback, keep up with these arguments, but understand that these are justifications and excuses that are dangerous because they govern how deep you will get into an unhealthy relationship. The more excuses you make, the deeper you’ll go. You’re not a baggage handler, nurse, an emotional airbag or even a punchbag and while you shouldn’t be seeking perfection, it’s key to have standards and not project.

When you argue about nobody being perfect and everyone having baggage, it’s because you over-empathise by reasoning that you’re not perfect and that you have baggage, so you feel that it would be harsh to judge someone for the same thing.

Whether it’s that you feel you’ve been in a similar situation and are sympathetic to their plight or you take what you feel are your imperfections and put them on the relationship scale and think you’re equal and no-one to talk, you’re yet again selling yourself short and putting too much of you into their issues.

This is why I hear from so many women who are with men that are at best, taking advantage and at worst, abusing them. They go “I’m overweight, I don’t like my appearance, I’m not confident in myself, I haven’t been able to hold a relationship together/have had a couple of marriages and I just don’t believe I’m good enough.” and then they get involved with a dipstick and look at the relationship scale and say “Right, well he’s mean, he blows hot and cold, he messes around on me/hides me away/says I can’t do better/nobody likes him/he’s not actually a very nice person etc” and may even call him an ‘assclown’ and then they ‘pop’ that on the scale and declare themselves even.

Even if you are any of the things in the example, that doesn’t mean a less than relationship is appropriate, healthy, or deserving of you, and I give these exact reasons because they’re some of the most frequent excuses I’m given for why people feel they should put up with what they do.

One of the biggest sources of confusion about ‘perfection’ and ‘baggage’ surrounds Other People’s Circumstances, where you may miss the point and the bigger picture:

There’s nothing wrong with being separated, divorced, a widow, recently broken up or even not being over an ex. We are human, we love, we want to be loved, we make mistakes, and sometimes we lose. It’s OK to struggle with coming to terms with those losses whether it’s through the relationship not working out or through the death of a loved one. We have a right to that pain. However, and it’s a big however, where they become baggage is when they negatively impact your emotional availability, a new relationship, or on somebody else.

The issue then isn’t that they’re divorced – it’s that they’re divorced and either still emotionally tied to that relationship with love, anger, hurt etc or their feelings about commitment are negatively impacted yet they still want to keep you in their back pocket while they makes up their mind.

The issue then isn’t that they’re a widow – it’s that they’ve overestimated their readiness to start something new and there are three of you in this relationship so you’re basically helping them avoid working their way through the grief stages while sacrificing your own needs.

And while we’re on the subject, the issue isn’t that they’re married/attached – it’s that they are married/attached and they’re still slinking around you trying to make out like they’re an honest person in a bad situation while they use you up for what they need and have the best of both worlds. There’s no such thing as an honest cheat – that’s an oxymoron right there. Cheating is about being dishonest in order to gain an advantage or to avoid something undesirable. Another relationship isn’t something you can just shove under the carpet!

Don’t bullsh*t yourself with fruitless justifications that help you avoid being in a proper committed relationship or being a personally secure authentic person that’s happy in or out of a relationship. It’s time to set limits and have standards because while none of us are perfect, there’s plenty of happy ‘imperfect’ people that handle their business, work through their issues and ultimately put themselves wholeheartedly into a relationship. This isn’t a ‘perfection’ and ‘baggage’ issue; it’s a willingness and mentality issue.

The fact is that you achieve a lot more genuinely trying. The person that’s actively endeavouring to be more, to live congruently with their values achieves greater results on the way than someone who says “Eff it. I’ll just see how much I can get away with coasting with all my code amber and red behaviour“.

I’m not asking you to go out and seek perfection, as quite frankly some people are already doing it and setting themselves up to fail and I’m certainly not asking you to find a baggage free person. I accept that we all have our imperfections (hell I do), but it would be better to deal with your feelings about those so called ‘imperfections’ than to mark yourself down and decide that you’re only deserving of demi-relationship.

It’s not about striving for a perfect relationship; it’s about arriving to a relationship as an equal and remaining that way and being a part of a mutually fulfilling co-pilotted relationship. Crumbs are not an adequate diet for a relationship – they leave you hungry and hurt. Neither of you will be perfect, you may have some baggage, but both of you will realise that your ‘relationship plane’ will struggle or even fail to take off, if it’s overloaded with issues that cut out the relationship engine.

They say they love / like you but... you're the 'wrong' religion, colour, age etc
Admit The Cover-Up & Stop Overcompensating
Advice: How do I let go of my Mr Unavailable?