Myth: There Are No Good Men to Date (The one where we talk about the diminishing pool of older guys) Part 3 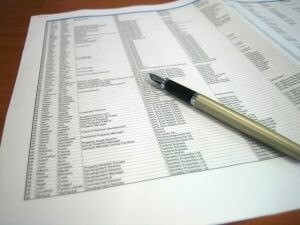 So the ‘there are no good men to date’ trip continues and after exploring having negative beliefs in part one and the whole conundrum of online dating in part two, it’s time to deal with the whole issue of being attracted to the guys that are not attracted to you, especially when there is the age issue to deal with. Barbara, 41, who along with similar readers inspired this post, is trying to date men the same age and older and finding herself coming up against resistance and immaturity, which is far from being the man she’d like to find who is on her ‘level’.

There are a lot of older men who are really immature and who also have an over-inflated sense of their own importance and attractiveness.

These types of guys are emotionally immature anyway and bolster their ego’s with younger women. If I had a pound for every email I’ve received about troublesome men in their 40s, 50s, 60s, and even 70s, I could sit back and count the cash.

Whilst they can’t all be written off (clearly), men who are in their 40s+ who are:

1) still living with their mother or still tied to their apron strings/attached to their umbilical cord;

3) emotionally immature and haven’t had any significant relationship experience to speak of;

4) deluded and chasing very young women and trying to act half their age with cars that are extensions of their willies and disproportionate ideas about their attractiveness; are a pain in the bum.

Sadly there are a lot of men like this. However let’s be real – not all older men are like this.

In reality, what Barbara (and many others) are actually saying is that the type of men that they’re attracted to, who are either the same age or older, are not the types of guy that they can forge or sustain a decent relationship with.

If you chase emotionally unavailable men who are flip flappers, commitment dodgers, and gagging for an ego stroke, or assclowns who ride roughshod all over you, no matter what age they are, whether they’re in their 20s or in their 90s, they’re no good for you.

And the annoying aspect of the ‘older guy’ issue is that there are less of them available. When they are available, some of them have baggage or even a lot of it which means that the ideal of finding a perfect, cookie cut man that meets all of your ‘criteria’, is not likely. To be fair, meeting anyone, baggage or no baggage, ‘younger’ or ‘older’ who is going to tick all your boxes isn’t likely.

Now I’m not saying that you have to run out and hook up with a guy half your age but what I am saying is that it is better to be open to meeting ‘a guy’ rather than be open to meeting a guy…as long as he’s the same age or older, has no ‘baggage’, a clean financial record, lives within a 2.9 mile radius, tall, dark, and handsome and has you instantly attracted with fireworks flying, is spontaneous, wants to take care of you, isn’t ‘afraid’ of your success, reads high brow books, likes listening to whale music and climbing mountains at the weekend.

My suggestion if you are serious about being in a relationship and have already had a history of being involved with dubious men, is to let go of your ideas are about ‘type’, ‘compatibility’ and ‘common interests’ because whatever you think you know, you don’t know enough. The very strong likelihood is that if you have put up with a lot of the headache that comes with being with men who are resistant to being in a relationship and have found yourself feeling deep attraction to men that have little or nothing to offer, create drama, and detract from you, whatever your ideas are about compatibility, type, and common interests, they are counterproductive to you and based on things that do not add anything to the relationship.

The problem isn’t their age; the problem is their behaviour and the fact that you want something from them that they’re not offering – a relationship.

Let’s be real, the problem of someone not wanting to be committed to a relationship is something that many women find themselves dealing with from their twenties, into their thirties, into their forties and beyond. Being drawn to men that don’t want you or don’t want what you want, who trample all over your boundaries, fake futures, blow hot and cold, refuse to commit to an outcome, want to use you for an ego stroke, shag, or a shoulder to lean on (or all three) doesn’t seem so problematic when you first start out – they’re in plentiful supply.

But if you don’t adapt your relationship habits over the years and continue to be attracted to the same types of qualities, characteristics, and behaviours, the older you get, the more problematic they prove to be, and there are also less ‘available’ men.

If they’re not chasing younger women or dodging a relationship, the ones that are left are the guys that you don’t notice or that you date and say they’re ‘too nice’ or not attractive, or no ‘attraction’.

A lot of the guys that prove difficult to date are problematic but the reality is that these guys have always been problematic and because they have not felt any real negative consequences as a result of their behaviour because women have abandoned their boundaries for them, loved them unconditionally regardless, and kept lowering their expectations whilst accepting diminishing returns, they have come to believe that they’re great catches.

The types of guy that get a lot of interest (Mr Unavailables and assclowns) operate on the ‘bad men don’t keep getting dates’ and ‘If I was that bad, she wouldn’t be with me (or want me)’ mentality. If they’re deluded, we’ve certainly helped them be deluded – I know I helped quite a few guys inflate their ego’s!

They want to play the field, relive their youth, or stick to their bachelor ways. That’s their prerogative. You can go from here to eternity trying to make a pigs ear into a silk purse or put that square peg into a round hole, but chasing these men is just a continuation of trying to turn a frog into a prince and get one of them to make you an exception. Really. (also read my posts on lovenomics: managing your desire to be the exception).

I bet, if you ask yourself if what you’re looking for now has really changed all that much to what you’ve always looked for, the likelihood is that it hasn’t. You may have made some tweaks or even played the (polar) opposites game, but if you have the same love habits, beliefs, lack of boundaries, and unwitting ‘ideals’ about men and relationships, the guys won’t really be that different.

Whilst some will ‘give in’ to the ‘pull’ or yank of settling down, many of them don’t because they think they have never-ending options, and if they do settle, they settle into being someone’s pain in the bum unless they’ve had some sort of ‘epiphany’ or a cataclysmic life changing event has occurred.

The age of the man (obviously legal and mentally mature is needed) is the least of your problems – If you were attracted to a thirty-five year old guy who treated you with love, care, trust, and respect, why would you disregard him for a man the same age as you or older who didn’t give a monkey’s about you?

Right now, if you really want to love and be loved, and in a relationship, you need a man with character, who treats you with love, care, trust, and respect. Look for those things and have boundaries and let things build as opposed to seeking instant results, and fireworks, and ‘attraction’ and you have a far better chance of lasting the distance. All these guys that we get attracted to, it doesn’t last. It doesn’t turn into anything sustainable and beneath the glitter of the ‘gold’ lacks substance.

Choose substance. Be all the things you want in another person and stay away from the man-children who will sap your energies and your time.

Decency doesn’t discriminate on age. There are men younger than the guys you’re chasing who have double the character.

Have your bases covered and know what your boundaries are, be aware of red flags, and focus on feeling good in a relationship for the right reasons – i.e you’re being treated with love, care, trust, and respect.

The energy you burn up with someone who is unworthy of your time, is energy taken away from you and it’s also keeping you away from meeting someone more deserving of it. It’s also important to realise that both men and women have dubious dating habits and if you’re chasing the fairy tale, there may be a man or two who regards your attitudes as immature.

I’m not saying that you have to abandon dating guys the same age as you, but instead of being focused on financials, how they look, where they were educated, which books they read, what they do at the weekend, whether you have the same interests, and how willing they are to settle down right now, see what happens when you spend time around people who have a larger attention span than a two year old.

I’m not suggesting that it’s easy to meet men – it’s not. And actually, for the decent guys out there, it’s often hard to meet women, especially ones that aren’t chasing the flashier, charming, or more elusive options. What I am saying though is, make your life easier by not limiting your options and also by making sure that you have healthy ideas about what you’re looking for, have boundaries, are aware of red flags, and are not making men the centre of your universe.

Don’t continue to burn up your energies repeating the same patterns and going out with the same guy different package and expecting different results. Broaden your horizons.

Back for the final part four

Understanding why it's difficult to be trusting when discrepancies with a person's dating profile or...
The Trouble With Being Blinded By Intelligence in Dating and Relationships
Saying No is Not Wrong