Why Is It So Hard To Learn To Like You When You’ve Liked & Even Loved Others? 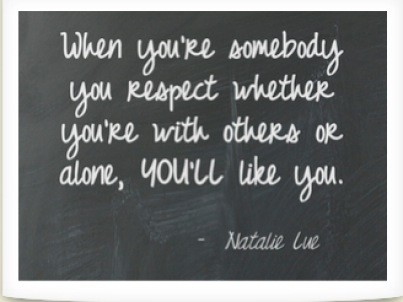 One of the most frequent questions I’m asked is, “But how do I learn to like myself? Where do I even start?”

There’s one particular reason why this question fascinates me: because 99.9% of the time, the same person that’s asking me this question has claimed to like and love others and yet they’re genuinely perplexed at where to start with themselves.

If you really have liked and even loved another person, it stands to reason that you could apply some of that knowledge to you.

If you can’t and yet you’re standing by the belief that you’ve liked and loved others, you either haven’t liked and loved them that much, or what you did like and love was superficial or even based on illusions. If anything, you’ve admired and even worshipped them which will have put you underneath their pedestal.

When you like and love others but can’t do the same for you, you end up crossing your own line. The lines are blurred between like/love and unhealthy ‘need’, validation seeking, and living vicariously through others because often what you like/love in others are things that you desire for yourself.

Of course you’ve likely already discovered that when you don’t like (or love) you, devoting your energies to liking others isn’t going to increase your own likability with you. What likely results is endless comparison and feeling inferior.

You might be thinking, “What the what now? Of course I liked and loved them!”, but here’s the thing: You know how we often do things that we know have a few lashings of bullshit in them, like when we suspect that someone’s Future Faking us but we go along with it because we’re enjoying the flattery, attention and promises, and hope to hell that we’re the exception to the rule?

Well… if you’re struggling to like you and you know that you’ve liked others for superficial, ‘makey-up’ or contradictory reasons that derail being able to have shared core values, you’re going to feel that you can’t like you in the way that you do others because you’ll know that it’s BS.

Think about it: If you met someone and were attracted to certain qualities and characteristics and then assumed that if they are or do X then they will also be or do Y which didn’t materialise, at some point you’ll realise that your assumptions were incorrect.

Now at this point, you could revise the assumptions into facts based on knowledge gained through your experience with them, but maybe, you won’t do that and instead you’ll keep projecting this vision of who you think they are or who you’d like them to be. Maybe you’ll keep acting like they’re The Ideal Person ™ and instead attack your own sense of self, blaming one rogue false move on your part that supposedly screwed it all up.

This is exactly why you need to go on a BS Diet, because all of this pumping up others to your own detriment means that you won’t even trust you enough to believe you when you actually see the good in you instead of only seeing the flaws. Liking and loving others isn’t about making sh*t up about them to pump them up and make them feel good so that you’ll be liked and loved back aka people pleasing.

Now granted you may find the idea of having to put your energies into you a daunting and foreign task, but not only does it not mean that you shouldn’t do it anyway, but you’ll find that how you feel about others and your perspective takes on a much more balanced ‘hue’ that allows you to have your self-esteem in tow and not be a groupie.

And before you say “Easier said than done” (incidentally ranking high on my list of pet peeve sayings along with “Just saying”), pretty much everything is easier said than done which is why some people rely on words and then bail. The lack of ease doesn’t mean it’s not worth the effort to do so, especially if the alternative has repeatedly shown itself to generate the same outcome.

Relationship insanity is operating with the same baggage, beliefs, behaviours and attitudes, along with choosing similar people in different packages who often generate variations of the same situation, and then getting similar results and being angry or even surprised by it. And then doing it again.

When I started to have a relationship with me, it actually helped me to appreciate people in my life while putting a stop to putting certain others on pedestals.

There is one simple place to start: When you like others, what is it that you think and do then? I’m patient, non-judgmental, compassionate, empathetic, forgiving (not in a shady way), respectful, trusting, caring, loving and more to my friends.

It’s easy to get caught up in looking to be a particular thing, possibly because you might tend to look at people in terms of ‘good points’ but when you genuinely like others and you learn to like you, not only do you see them and you as a whole, but they’re not a list of points – it’s the sum of vibing with someone with whom you have mutual care, trust, respect and values.

As with getting past comparison, if you want to learn to like you, be someone whom you respect. I didn’t like me when I used to bust the crap out of my own boundaries while impersonating a walking doormat. If you engage with others in a way that respects you, you will like you. Believe.