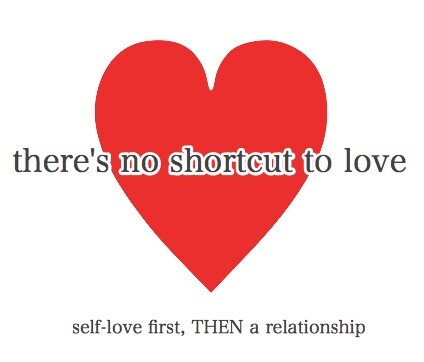 I often hear people discuss self-esteem like it’s something mystical and in short supply. Fundamentally, self-esteem comes down to treating and regarding yourself as a person of value. It’s about your confidence and perceiving yourself as being worthwhile.

How much confidence you have is directly linked to your beliefs because what you hold to be true about life, relationships, love, and yourself is intrinsically tied to what you believe your capabilities are in that context. If for example, you think that all relationships don’t last it’s because you don’t believe that you can have a lasting relationship. You’ll be afraid that you’ll balls it up or scare them off with your ‘flaws’ that make you ‘not good enough’.

With that lack of confidence, who are you likely to choose? A partner you can share a mutually fulfilling relationship with (a co-pilot) or someone that will take you on an unhealthy relationship journey dictated under their terms ( a driver)?

A ‘driver’ reflects your beliefs although you look for them to challenge them and love you, only for them to confirm your beliefs that you have no reason to be confident and aren’t valuable and worthwhile loving. You’ll try to change them and win them to bolster yourself – love against the odds.

With a ‘co-pilot’ that has a reasonable level of self-esteem, you’ll initially feel bolstered by their ‘investment’ in you and then because of your beliefs and the fears, you won’t believe in this relationship and treat them like a driver and act like a passenger. You’ll wonder what the hell they’re doing with you and may even lose respect for them for ‘making a bad investment’. You won’t put both of your feet in and you’ll sabotage it. When it ends, you’ll be back in your uncomfortable comfort zone.

With low self-esteem you default to being a passenger in your relationships and often in other areas of your life – you’ll look for people (and sometimes objects and substances) to create feelings in you that you don’t feel yourself. You make external sources the solution to your internal problems. You may also try to be the solution to other people’s problems to bolster yourself.

You’ll look for others to have confidence in you, to make you valuable or determine your value, and ultimately prove how worthwhile you are.

Good self-esteem requires loving yourself unconditionally – that’s loving and liking you consistently instead of it being conditional and linked to external factors. It’s acceptance instead of rejecting yourself otherwise you’ll internalise other people’s actions or something not going right.

When your self-love is conditional, when, for example your relationships end, it’ll be ‘Broken relationship, broken me’.

When people overstep your boundaries, you’ll think ‘What is wrong with me that they don’t think I’m worthy enough to respect my boundaries?’

When someone isn’t interested, you’ll think ‘There’s something wrong with me’.

People with self-esteem think ‘My relationship is broken, I’m not’, ‘They overstepped my boundaries because they didn’t recognise the line and/or they are disrespectful’ and ‘Bummer! They’re not interested. That sucks but…NEXT!’ and they also don’t jump to the conclusion that there’s something wrong with them.

Many of us think we like and love ourselves, maybe because we consider ourselves attractive, intelligent, good at our jobs, liked by our friends, able to ‘pull’ etc (these by the way, are qualities that people often describe themselves as to me) but you can tell a lot about how you feel about yourself by who you’re attracted to, the situations you engage in, how you deal with rejection/success, how deep you’ll get into an unhealthy relationship, and whether you’ll walk away – you’ll hear a lot more ‘can’t’ from someone that has self-esteem issues.

If you’ve struggled to process and act upon code amber and red behaviour and are boggled by boundaries, it’s because you’re not confident in your value and you don’t believe you’re worthwhile enough to have a line.

You either don’t know the line so can’t communicate it anyway or you do, but think it’s aggressive, confrontational, ‘scary’ etc to actually expect and even ask people to treat you with respect.

Often you’ll assume that ‘others’ get treated better because they have some magical quality, better looks, job, more money or something that has even the most jumped up assclowns in the universe automatically knowing where the line is. That’s completely untrue.

If ‘others’ get treated better it’s because they have boundaries and have at the very least a reasonable level of confidence in their value and believe that they are worthwhile enough not to put up with shady behaviour.

They say NO, opt out and believe they deserve better than what’s on the other side of a jumped boundary – disrespect.

Part of the reason why you can end up in an unhealthy relationship is that instead of learning to be confident in yourself and determining your own value, you get them to, and in knowing, even though you may deny it, that they’re unavailable too, if they do change, you think that it shows that you can change and that you’re valuable. On some level you recognise some ‘synergy’ and relate to them due to your own emotional circumstances, so by placing your confidence in them, it’s like a round the houses way of placing confidence in you.

You’ll often put them on a pedestal with potential and blindly love and trust them because you hope the overflow will swing back your way and they’ll see potential in you.

When they don’t, you not only continue to lose faith and confidence in love and relationships, but you lose an even greater amount in yourself. If even they can’t find value in you, you figure there must be something seriously wrong with you. That’s why some relationships are particularly tricky to let go of because you think ‘Hold on a frigging second here – what? Even they can’t love me?’

You may have spent an entire lifetime looking for people to confirm that you’re loveable, valuable, worthwhile, respectable, beautiful etc and because you don’t feel that way yet and have had various negative experiences, you may feel that the worst is true. However, it’s not true in the wider sense, but it is true of attempting to get love or validation from inappropriate sources. Change how you feel about and treat you and your beliefs and that ‘truth’ shifts dramatically.

Even if you haven’t felt this way ever before, it’s time to decide that you are worth the effort and that even if you have previously sold yourself short, that you will value you by committing to acting with self-love, self-care, self-trust, and self-respect from now on.

Self-esteem requires being out of a comfort zone where you’re not good enough.

It’s about taking previous experiences and using them as a benchmark to recognise that to continue taking shortcuts to get others to feel and do what you don’t is insanity.


Create value by setting and sticking to boundaries, opting out of inappropriate situations, refusing to go down the path of least resistance where you sell yourself short, asking questions, speaking up, treating yourself well consistently, and not believing that you’ve been singled out by the universe as ‘not good enough’.

Self-esteem is your responsibility – that’s why it has the word ‘self’ in it. As a result you and only you can build it and nurture it. Stop looking for other people and external sources to do what ultimately starts and ends with you.

How To Cope With Being The Other Woman
Reader Advice: Help me understand my commitment-phobic obsessive ex!
Maintaining your position in and out of your relationships - Part Two