Getting Out of Your Uncomfortable Comfort Zone: Why it’s time to stop using your time to reinforce unhealthy beliefs 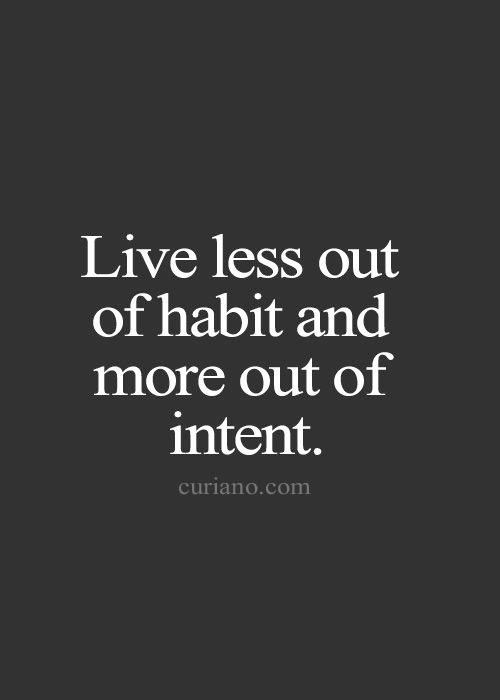 While reading a few reader stories of pain mixed in with good points, I was struck by the thought, Do these people realise that everything about their relationships is about reinforcing and even justifying an unhealthy course of behaviour and thinking? I’m all too familiar with how we can be so far into something or so focused on one specific aspect, that we don’t see the sum of all of the parts. We focus on how we feel occasionally or how we feel from instant and short-term gratification, without considering the costs of continuing with our actions and thinking.

There is a level of safety and comfort – the uncomfortable comfort zone – in going with our type and repeating patterns of behaviour and thinking. We know what to expect, including certain ‘excitement’ factors stemming from a mix of anticipation and underlying anxiety created by the expectation that things will cater to our beliefs. It’s why we have a type and a pattern in the first place. Even though we may never have had a mutually fulfilling healthy relationship with our type and may have been in deep pain with our pattern, we will argue that because we’ve experienced good points and good times, even if they are/were short-lived, occasional, or clouded out by major issues, that we have a strong case for continuing on as is.

At the same time though, what we predict based on our type, pattern, and ultimately our beliefs, creates a will it/won’t it scenario.

We live in a perpetual state of anxiety with our very own soap opera cliffhangers. That uncertainty and possibly an increasing sense of not being in control, may in itself be enough to maintain our curiosity and interest. We want to see how it plays out. We keep ‘tuning in’ for the next installment and in the background, the narrator is chipping in with our beliefs.

When we use patterns, which is really our way of living unconsciously in a life-by-numbers state, we do what we do even if in the wider sense it’s unhealthy, because there is a payoff – a short-term benefit that we may even be tricking ourselves into believing that we can extend to something longer or permanent. This ‘payoff’ can simply boil down to, it’s easier.

Even though there are wider, longer-term implications for what we’re doing, when we’re not open to reviewing our patterns and we stubbornly plough on despite not achieving the desired outcome, it’s because we are getting a level of reinforcement, even if it’s only occasional. We are highly likely to adopt this attitude if we already hold unhealthy beliefs that we seek evidence to confirm that they are true, as opposed to challenging evidence as well as any assumptions and generalisations we based the original belief on. As a result, it’s very easy to get caught up in a cycle of engaging in an unhealthy pattern that only yields occasional ‘highs’ because we are used to grabbing onto evidence to reinforce what we’re thinking and doing. Of course if we didn’t look for evidence to support our habits, we’d have to open up our minds to other possibilities and change.

We don’t see our short-term thinking and behaviour for the trap that it is and it’s made even worse by the pattern being based on unhealthy beliefs so getting a level of reinforcement, even if it’s only occasionally or for very short periods of time, in its own way reinforces those beliefs while at the same time invalidating us and lowering our self-worth. This is a self-fulfilling prophecy.

In a situation where we’re sticking to type and pattern, we won’t know when certain things are going to happen but the anticipation and yes, the anxiety, that at some point it will happen, keeps us invested. We spend a lot of time living in the past or trying to anticipate the future (betting on potential and/or forecasting doom), and stress ourselves out even further.

It’s a catch 22: If it it unfolds as predicted, we’re going to be unhappy which means in theory, in predicting this, we could opt out, but instead we wonder, What if?, and we doubt ourselves and so decide to see things through.

The fact that we predict the outcome, activates the gambler in us that wants to see if we can be the exception to the rule and it also activates the pleaser in us, and so we people-please in an effort to influence that person’s feelings and behaviour in the hope that in turn, this will change the outcome. When it doesn’t, it reinforces this notion that we’re unworthy. Exhausting!

If the person has unpredictable aspects – they’re going off script – this is likely to increase our curiosity, anticipation, and of course, the anxiety. They’ll probably be marked as ‘exciting’ and an ‘amazing connection’ – the unpredictability will increase the stakes, even though on some level we may recognise that we might be doing a slightly different dance move right now, but that we’ll eventually wind up doing the lather, rinse, repeat move.

Patterns, type, and short-term thinking back us into a corner because any good points and times are used to justify continuing despite compelling reasons to do otherwise and at the same time, the downturn reinforces our unhealthy beliefs and increases bad feelings. The more we try to justify and reinforce that we are ‘right’ is the worse we feel. It’s a vicious cycle and a misappropriation of our energy.

At what cost do we want to be right? Seeking evidence to prove the worst of what we think, isn’t our core purpose, especially when it takes us in the opposite direction to the things we truly do want, need, and expect.

That’s why I stopped chasing versions of my parents, namely my father – I decided that it was time to wake up and live my life instead of spending it trying to reinforce that I wasn’t worth a damn and that every dodgy thing I’d learned about relationships and life was true. Strangely enough, after working through those issues and adopting healthier habits, low and behold, these reinforced that I made a good choice and that I’m worthy of love, care, trust, and respect.

There comes a time when we have to not only look at the bigger picture and whether it’s genuinely worth some crumb benefits to feel malnourished and anxious most of the time, but we also have to evaluate the cost of pursuing being ‘right’ – sure it’s ‘safe’ and predictable to a degree, plus patterns spare us from having to think and stick us on autopilot, but they also prevent us from living happily, authentically, and consciously. Make a conscious choice about what you want to spend your time, energy, and emotions reinforcing.

A Lesson in The Self-Fulfilling Prophecy of Seeking Validation in Relationships
Love Lessons: When You Can’t or Won’t Ask Questions When Dating (P4) -Getting To The Answers
Do You Have a One False Move (& It's All Your Fault) Mentality?
Share this...