Why Force It? Changing Your Position From Stubbornness 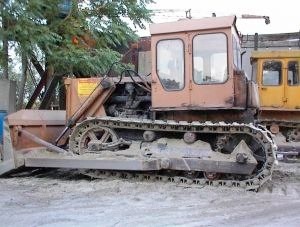 Do you know what stubbornness is? It’s doggedly holding onto a position in spite of compelling arguments or reasons to do so. Sometimes it is as simple as recognising that you continue to hold onto thoughts or pursue a course of action that has a net result of leaving you feeling bad about yourself and generates poor results.

Through Baggage Reclaim I come across some incredibly stubborn people who in spite of the existence of very compelling reasons, they take a stand that says “I know that this isn’t working for me, but it’s not for the very obvious reasons why it’s not working; it’s obviously something to do with me and even though these are things that are actually outside of my control, I’m gonna flog this donkey till it collapses because I just know that this has something to do with me not being good enough.” Really, it doesn’t.

You know that the fire burns or that you invariably get run down when you step out in front of oncoming traffic. Yet there you are putting your hand in the fire and expecting it to hug you, or retreat, and basically change its whole nature, or you’re running in front of cars and expecting them to screech to a halt even though its far too late. “I’m not moving! You move!”

Stubbornness can get you into a whole heap of trouble and take you down a path that you were never truly meant to be on.

I’ve met so many people who stuck with someone out of dogged determination, not because they truly loved them, but because it became this challenge to achieve the validation that came with ‘winning’ or at least clobbering them into relationship submission. Where are these people now? Miserable.

Why force it? The good in life is never going to arise from the results of trying to bend people to your will.

Why force it? Are you really going to feel good about something that you obtained through brute force?

Be very careful of maintaining your position of stubbornness – your dogged determination would serve you better being applied to developing you than trying to Jedi mind trick someone.

When you keep trying to force things in life, not only do you miss out on the lessons that these experiences are trying to teach you, but you force yourself and your life in a direction that it is not intended which invariably brings up unintended consequences.

You get so focused on looking at the trees instead of the wood, that it never occurs to you to think about what you’re actually going to do or how you’re going to feel once you’ve accomplished your mission?

The fact that you may be involved with someone who doesn’t share mutual ground with you on the direction of your relationship, or something as basic as your core values, means that by persisting in trying to force things, you’re imposing your values and self upon them.

A difference in core values creates distrust, as does the sense that someone is unwilling to respect what another person’s values are. People trust people who share similar values. You’ll also find that people have mutually fulfilling relationships with people who they share similar values with – a difference of core values always shows itself in the reflected results, no matter how much horniness, chemistry, and common interests there are.

And let us not forget that as you can’t control others (unless you’re abusive which is a whole other issue), this sense of being in control of things while you’re stubborn is actually an illusion of control. You could actually have control of the things you can control (that would be you), if you weren’t so busy sticking with beliefs, habits, and behaviours that undermine you.

Let.It.Go….especially if you keep going back again and again and again to the same crappy situation and you keep thinking that this time things will be different and that you will get them to make you the exception to their rule of behaviour. Pride comes before a fall…but so does stubbornness.

There is nothing wrong with admitting that you’ve made a mistake and that a relationship that has two people in it, hence you can’t be a perfectionist blame absorber and make it all about you, didn’t work. It doesn’t make you a failure nor does this have to become what defines you for the rest of your days…unless you want to devote your life to ego servitude trying to remove what you think is this indelible mark on your life resume.

What many people don’t realise, if is they stopped being stubborn, they could actually be getting on with their own lives and be available for better, happier opportunities that they don’t have to practically use a battering ram for.

When you stop forcing things and in essence trying to control the uncontrollable, not only can you put your focus back on you where it’s supposed to be, but you finally get to start seeing you, what you stand to learn from your experiences and how you can apply it to make better choices for yourself in a more clear light. Right now, when you persist in maintaining a position that is actually working against you, what is actually blocking your way…is you.

Check out my book and ebook Mr Unavailable and the Fallback Girl which is chock full of ‘forced’ relationships in my bookshop.

Be A Very Good Friend To You First...& Other Thoughts On Being Friends With Your Ex
Do You Keep Jumping To Dodgy Conclusions That Leave You Feeling Bad About You?
Relationship advice: does my attention seeking make me a Drama Seeker?