Relationship Insanity: Understanding Why You Feel Tempted To Go Back and Repeat Your Pattern With Your Pain Source 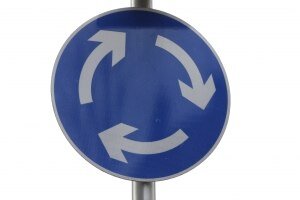 There are a few analogies I’ve used to illustrate ‘relationship insanity’, which is carrying the same baggage, beliefs, and behaviours, choosing same person different package or variances of it, but continuing to expect different results…and then wondering why…and then lather, rinse, repeat.

I’ve asked why we keep walking into oncoming traffic and then wondering why we get run down.

I’ve talked about how the fire does indeed burn and how some will still ‘Suck It and See’ and basically get burned again to get a final ‘lesson’, effectively killing off all curiosity.

There’s also how loving and trusting blindly is similar to leaving your bag with a thief and deciding they won’t rob it because *you* love them, and then being surprised when they rob it.

Even on Facebook, a few days ago I warned how getting involved with someone who you know their disposition is to mistreat, is like getting into a cage with a dangerous animal and wondering why it attacks you.

And yet there are still plenty of us that will get run down again, will have our hands burned, will get our bag robbed, and will get in the cage with the animal and lock the door behind us.

For those of you who make efforts to change and find yourself caught up in your pattern, you’ll wonder – Why?

It’s because often while we’ll make adjustments and changes around doing the stuff, if we only go part of the way to doing that or don’t make connections between our actions and what results, we don’t fundamentally deal with the root issue and/or the beliefs around it.

I experienced this when I’d spent a few months No Contact and then decided to Suck It and See with my ex. Even though my self-esteem and health were already improving, I hadn’t accepted the full reality of him. In NC, this isn’t unusual because, while we’re often very much behind the decision to be NC, we can end up doing it because we know we have to and we ought to, but we secretly reserve some hope that they’ll change and make life ‘easier’ and validate us.

I’d shifted, but I hadn’t reached my tipping point and in fairness, while I’m not saying it’s a ‘solution’, my One Last Eff Up did the trick and I never regressed.

Another example is one of the most common difficulties that readers experience – trying to stay friends with their ex. We think that we can keep them around us on lesser terms, that they’ll be respectful, or maybe even recognise our fabulousness and come grovelling. When we get hurt, we lament their insensitivity or inappropriateness. The lesson we’ve missed is that aside from the fact that you can’t be friends with your ex until you’re over them, if your ex didn’t treat you well in the relationship, they sure as hell won’t when they’re out it.

Yes the ex may be annoying but the problem is that we are not adjusting our beliefs, expectations and behaviours.

Now I recognise that actually, if you’re prepared to contemplate going back to someone who not only have you experienced a painful relationship with, but that was part of a wider picture of a relationship pattern, the fact you’re even contemplating it, is your major signal to reinvigorate your efforts to work on your beliefs about relationships, love, and yourself.

Unless you fundamentally know that the issues that broke the relationship no longer exist, it is pointless returning.

You should be saying ‘WOAHHHHH! Hold your horses! I know I’ve been working on myself but what is it about me that is the same that still feels an affinity with this person and the relationship?’

If you can have that honest conversation with yourself, you won’t go back to a dodge situation blind and with bullshit excuses. – Stay on the BS Diet. Instead, you probably won’t go back at all or you’ll Suck It and See with eyes wide and a willingness to opt out.

Finding that you’re still dealing with old issues or feeling the ‘lure’ doesn’t mean you’re not working on yourself and that your efforts so far are not valid and worthy, but it does mean you have to renew your efforts and focus on you, including the stuff you’re avoiding and in denial about.

Here’s the thing: You either know based on experience or you ‘know’ based on your beliefs that the fire burns, that you will get run down, that leaving your handbag around untrustworthy people is a risky move, and that dangerous animals will rip you a new one. To repeat the behaviour says:

You’re looking for the ‘fire’ et al to prove you wrong and challenge your beliefs.

Or, you’re avoiding dealing with something else that you perceive to be more painful, making repeating the painful behaviour more attractive and ‘easier’.

Or, in spite of knowing the pain that’s in store, you don’t have enough confidence that the alternative won’t be better or hurt in another way.

Or, you’re desensitised to the pain, so yes it does hurt, but it’s familiar.

Or, in knowing that it is painful or even ‘wrong’, you want the ‘fire’ et al to ‘do the decent thing’.

Or, you may, in making changes have misguidedly come to believe that it will fix everything – taking too much responsibility for making the relationship work.

It can feel like a foreign land when you leave a painful relationship or try to distance yourself from a painful pattern.

This happens because you’ve likely normalised bad behaviour. Coming out of the fog is like learning a new language and certainly for the first weeks and months, you may find it difficult to relate to those around you who don’t behave the way they [your ex/exes] do. The more intertwined you were with your ex, or cloaked in your pattern and denial you were, and the less boundaries that you had, is the harder it will be. If you are not focused on you in a healthy way and are instead focused on your ex or on blaming and shaming yourself and analysing the beejaysus out of your past, you may feel lonely or even isolated, which will exacerbate your feelings, which in turn may start to make even the most unhealthy of relationships look attractive because it’s familiar.

This is why, even though you may get frustrated with yourself, make mistakes, and hold your hands up in despair wondering if you’re on crack or something, you absolutely mustn’t give up and you do have to keep trying. Not the same old behaviours, obviously, but certainly leaving no stone unturned, distancing yourself from your pattern and doing everything it takes.

While playing Columbo or FBI agent and investigating what you or they did is to some extent a natural reaction to grieving the loss of the relationship, it’s important to not only process the evidence of your relationship/pattern, but to also focus on learning from it and moving forward. Best way to do that is to put in place boundaries that make it difficult, if not impossible for the previous behaviour to be repeated or accepted. Learn how to improve your self-esteem, talk it out with someone like a counsellor/therapist if you’re struggling, tell a close friend or family member (often they don’t know the extent of what we’ve been involved in), shake up your routine, rediscover your goals, interests and hobbies or make new ones, fill up your time if you’re inclined to stray into the danger zone when bored, and basically, keep trying.

It’s fundamentally saying ‘I will not continue to try to make a pigs ear into a silk purse’ but it’s also connecting that realisation with your previous actions.

You must keep learning the new ‘language’ – eventually it feels natural and the previous one that trapped you in poor relationships seems ridiculous to hold onto when the new one opens you up to a happier you and more positive relationships.

While there are anomalies and Chinese whisper urban myths about that person that battered their self-esteem or was treated extremely badly and then had some fairy tale ending with that person without having to do anything, for the overwhelming majority, it’s important to know and heed the rule instead of shutting it out in pursuit of being 1 in a million and getting caught in painful relationship insanity.

When You Believe That You Wouldn't Feel, Be Or Act A Certain Way Unless It Was Love
Podcast Ep. 78: Emotional Travels With Books, Maxed Out With Stress?, Should I End No Contact?
Podcast Ep. 143: Is An Outdated Version of You Deciding What You're Capable Of?
Share this...