What’s Your Limit? Deal Breakers and the Importance of Listening to Your Shame Alarm 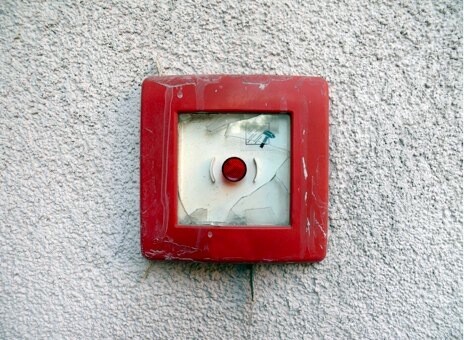 In the past, I’ve put up with some pretty shady stuff that only for the benefit of hindsight, compassion, and forgiveness, I no longer cringe when I recall it. Instead I see these acts of boundary busting behaviour as a reflection of what I needed to be and do to grow as an individual that wouldn’t experience this stuff anymore. I did the best that I could with the limited tools, experience, and reference points that I had to draw upon at the time. But until I realised that I need to have limits, my various mishaps, relationship crashes, and even elements of my childhood were deep sources of shame.

This is the feeling of embarrassment or humiliation that stems from the recognition that you’re engaging in behaviour or a situation that detracts from you, which deals a blow to your self-esteem through the loss of self-respect and self-trust.

Having little or no boundaries is like an invitation to offer people your back for them to walk all over you, and at best take advantage and at worst, abuse you. Looking back over my past, while I wasn’t hot on boundaries (I didn’t even know what they were), there were certain things that when they happened, I was like “Hell to the effing NO! I’m out” and I’d finally bail on a bad deal.

At a time of year when people engage in all sorts of craziness just because it’s December, but also become reflective about how they want to move into a new year, it’s time to batten down your hatches, fix your broken windows, and know your limits. A bad deal has gotta end sometime – sooner rather than later.

Each day I read and hear stuff about what people, primarily women, be and do in order to date or hold onto a relationship. Some of it, is quite frankly scary and what becomes clear is that some of you are reluctant or downright unwilling to break a relationship ‘deal’ no matter how flimsy, unfavourable, or dangerous it is. At what point are you prepared to declare yourself out?

They should be constructed around the premise of: Even if I’m wildly attracted to someone and they look how I’d like them to, the sex is great, we share similar interests, and I feel that I love them etc, what type of behaviours would they have to engage in for me to break the deal?

Every person needs boundaries and absolute limits to what they’ll put up with. If you can’t end relationships no matter how bad they get, it’s like “I have no limit to what I’ll put up with and my shame alarm is broken.”

Unhealthy relationships detract from you, sapping you of your self-esteem because you’re lacking in love, care, trust, and respect while morphing, twisting, bending and contorting in order to accommodate someone’s ‘less than’ treatment of you. In turn, because you go against yourself, they also bring about a great deal of shame, which in turn makes it even harder to step away because it feels like if you’ve behaved in a particular way, why would someone else want you?

The shame blocks the confidence you need in order to see a way out.

It can seem ‘logical’ to ‘make’ this person correct a poor situation and cancel out the shame, however, unfortunately all you end up doing is digging yourself into an even bigger shame hole, which of course will cause you to lose all sense of you so you feel an even greater dependency on the very person causing you pain and the trophy of ‘winning’.

No relationship that you consider worth you investing your time, energy, emotions, and self in should ever cause you to feel shame as a result of what you be and do in order to maintain the relationship.

Shame equals the deal is off. If you’re already engaging in embarrassing or even humiliating behaviour and/or are knee deep in an unhealthy situation, it’s like your shame alarm is broken.

The moment that you recognise feelings of shame in your relationship as a result of what you feel compelled to be and do in order to ‘keep’ and ‘love’ them, is the moment your alarm should be ringing and you’re taking positive action for you.

Much like bullshit begets bullshit, shame begets shame, so when you start down a path of doing things that you later come to regard as embarrassing, humiliating, or even downright abominable, if you don’t step away from the pain and shame source and declare yourself out, you’ll end up being like one of those gamblers that doesn’t know when to fold and is now gambling at a loss, robbing Peter to pay Paul, and continuing to gamble by any means necessary instead of folding. All for the sake of avoiding the feeling of ‘losing’, when in actual fact, you’ve already lost.

Your shame alarm should be ringing when how worthy you feel is tied to someone else and it’s plummeting.

It should be ringing when you feel inadequate, not because you truly are inadequate but because you’re being and doing things that send a message of not being good enough – it’s like a self-fulfilling prophecy.

It should definitely be ringing when you feel the sting of embarrassment and humiliation. It should ring even louder when after feeling the sting, you actually seek to do something else in some crazy plan to get away from the feeling and ‘prove’ the other person wrong.

It should be ringing when you do things that have you deviating from your core values and in fact, cause you to be used, abused, or taken advantage of.

Think of shame like a notification emotion – notification’s don’t ‘notify’ all the time. You’re supposed to act on the notification. This is a sign that you need to take care of yourself and that you’re in a situation or engaging in behaviour that sells you short. Don’t hold onto the shame and berate yourself – fight for you.

The best way to let go of the feeling of shame that arises from seriously crossing over your own boundaries, is to step away and retreat from the source of your pain that compels. The better you treat yourself and the more self-control you have, the more that the feelings subside and fade away.

My ‘old best’ obviously wasn’t up to much by a long shot, but when I expanded my tools and knowledge, and looked beyond my childhood and previous experiences for references, my best has only continued to get better and better – so can yours. I would only still feel ashamed if I hadn’t moved away from these experiences and behaviour – it would stem from regret at recognising that I’d continued to do the same things in an attempt to generate a different result instead of growing as a person in my outlook and behaviour.

It’s not important to have the last word, to tell them about themselves, to convince them that you’re good enough, to ‘make’ them change and adopt your values, or to do what they want, and to accommodate unhealthy behaviour – these are all things that are a distraction from getting on with your own life and being you. It’s critical to have a limit and to opt out. The only person who can be you is you. If you keep busting up your own boundaries and pretending to be something that you’re not, you leave the life you’re destined to have empty.

What is love and a good relationship?
Ceasing To Engage Doesn't Mean That You're a 'Loser'; It's Another Way of Standing Up For Yourself
How to use feeling uncomfortable to set better boundaries