The Life Lessons: How relationships teach us more about ourselves 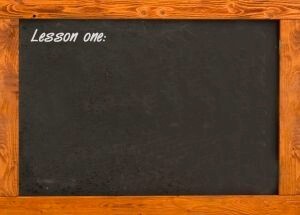 Last week I talked about being authentic for more positive living; knowing who you are and standing by you even when the times are tough. Knowing yourself enough to assimilate what you’re feeling and recognising when things are not in line with desires, needs, wants, and values that you profess to have, and more importantly, keeping it real rather than being lost in illusions.

As I’ve said many times, we tend to attract or be drawn to people that reflect things that we believe about ourselves, love, and relationships and when there are conflicting beliefs and negative ones, you can find yourself being involved with people that cement the negatives in a self-fulfilling prophecy.

I’m also a believer that relationships serve to teach us more about ourselves.

If we don’t pay attention in class, play hooky/bunk off, and fail the tests, we’ll keep having the lesson put in front of us until we learn the lesson and pass the exam. The ‘tests’ are those situations where you have the opportunity to do the right thing by yourself and lay down your boundaries and say no. The ‘tests’ are where you have the opportunity to make a different choice, or continue to do the same thing (or variances of it) and expect a different result – relationship insanity.

I read in the current issue of the UK’s Red Magazine about how we get the right people for us at that time. I actually agree – I’ll be honest with you, if I’d got involved with the boyf before I did (we had actually moved in the same circles for a few years and he and one of my best mates shared a house at uni even!), it would have been like me holding a hot potato ready for me to drop it! I’d have effed it up and I might not even have recognised how great he is and valued it. He’s the same and we met each other at the best points in our lives.

If you keep finding yourself in the same situation again and again, ask yourself what it is that you’re supposed to be learning.

What is it about that person that stresses you? It can be very revealing when you look closely at someone else’s consistent character and how that can reflect to you. Look at my posts on recognising things about yourself in the men you profess to love – so for example, if he’s a flip flapper, you tend to be indecisive, and if he’s a liar and talks a good game without very much action, you’re into illusions and denial, and the ones that behave like total assclowns indicate a penchant for drama.

Those of you who’ve read my ebook Mr Unavailable and the Fallback Girl, or my personal blog, or this blog for long enough will know that when I became aware that I was the only recurring character in my own very annoying soap opera, I realised that I had some lessons to learn.

The lesson I eventually learned was that I was unavailable myself and instead of trying to fit square pegs in round holes, I need to address my own unavailability so that I could actually be available for positive opportunities. Until then, I was doing the equivalent of going out and expecting everything to fall into my lap and prove themselves different, and then expecting that that would give me my cue to be different.

It’s that assumption that if you find happiness in someone else, you will suddenly be at one with yourself.

Like a lot of you, I learned that even if I did meet someone, I had to be happy with me and accept myself so that I could recognise the good in my life and also recognise stuff and people that detracted from that.

I learned that you need to be personally secure so that you can enjoy a relationship with someone and also enjoy being you.

I used to give myself a pat on the back and claim that I had learned from my mistakes, but in reality I hadn’t because I kept ending up with same guy different package. I played the opposites game – you know that one where you home in on one particularly annoying thing that they did and then seek to find a person who does the opposite, but failing to look at other things that might not be so great either. I also believed that I didn’t have any problems – that I was nice, funny, attractive, smart, great job, generous, great friend, ambitious etc – and I was just unfortunate enough to attract the wrong types.

Actually, one of the things I have learned is that in not valuing some other important things about myself, I missed the point of why some of these relationships failed.

I talk and correspond with people all the time that don’t understand why it ended, or think it ended because they didn’t answer the phone on one particular day, or that it was because they didn’t have sex enough, weren’t good at it, or there was someone prettier than them, skinnier, could cook, had more money etc. It takes more than any of these things to make or break a relationship and if something can be broken by any one of these things, you’d have always been hanging onto the relationship by the skin of your teeth. Fact.

Over time, we do evolve and change, with the idea that we experience personal growth and come out the other side. We realise it’s not that exciting to be chased by someone who you’re not sure when you might hear from next and have the feeling remaining even when you’ve been in the ‘relationship’ for years. The novelty can wear off for the thrill and drama of bad boys and it can feel like being on a permanent date, and that really isn’t exciting and you can’t forge a real connection or a relationship because it will feel like you’re perpetually regressing. It’s one thing to feel get high off the thrill of the chase and ambiguity as a teen or in your twenties, but it gets tedious the older that you get.

We can end up holding on to a lot of stuff, clocking up emotional baggage and after a while, if you’re truly keeping it real, taking care of you, and truly ready to find out what the future holds, you learn that you’re human, you make mistakes, you don’t always make the greatest of choices, but you get back up.

Don’t turn your experiences into a negative lesson that ends up creating further negative consequences. The answer is not to say ‘I can’t trust anyone’ or ‘There are no good men to date’ or ‘Life sucks’ because what you’re really saying is that you don’t trust yourself and have enough faith that even though it may hurt, a little or a lot, you can come out of the other side of this and move forward.

You learn that if you’re going to have a different future, you’ll take your lessons so that you can do better by you and let go of your past so you can live your present and your future. This means that you say goodbye to the good and the bad stuff with your exes so that you can have your mind and emotions open to a new experience with someone else.

Ultimately, the biggest lesson we learn is that if we want a different type of relationship to what we’ve been getting, we must take what we learn and positively adapt, to get a different result.

Your thoughts? Have you learned more about yourself as a result of your relationships?

'Average' Men Turned Upside Down
Understanding What Your Trust Points Were in Your Shady Relationship
Advice: Help! I'm the Other Woman to the Other Woman: Does this sound like a man in love?