The Dreamer & the Shopper: Have you inadvertently found yourself in a fantasy relationship? 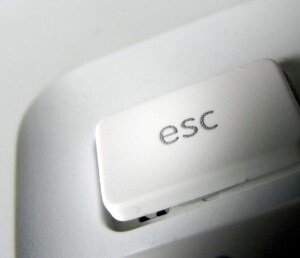 If you’ve ever found yourself struggling to get over a relationship that didn’t get off the ground, was unreciprocated, or was largely virtual, you may not realise that you’ve been involved in a fantasy relationship although you may have uttered the words, “I can’t figure out what was real and what wasn’t!”

While some people do the atypical fantasy and conjure up a relationship and a connection that doesn’t and never did exist, what I come across are people who are stuck in a sustained period of continuing a ‘connection’ mentally that’s ceased in real life with the help of the internet, and then those who use the flimsiest of connections as a springboard to create a connection and relationship in their imagination that far surpasses reality.

These situations are often borne out of loneliness, a fear of rejection and intimacy, and great feelings of inadequacy. The more knocks you experience in the real world that you’re trying to avoid, the bigger a cocoon that you’ll build around yourself.

Expectations and illusions have a huge impact on emotional availability and the dynamics in a relationship. When you consider the unhealthy beliefs that you can carry when you have a habit of being in unavailable relationships, it’s also easy to see how you can have an unrealistic picture of what a relationship looks like and how you can choose unavailable people to try to fill voids within you.

Of course the trouble is that while they can often have some ‘good’ qualities, the ones that add up to a mutual, healthy relationship are thin on the ground and they’re under-qualified to fulfil capabilities and expectations that you place on them. One of the things they do do though that’s very useful for those of you prone to overuse of your imagination, is remain distant, so while that does have its frustrations when you want them to make certain things a reality, truth be told, the distance works for you and leaves you free to imagine whatever you like.

Any relationship or even the prospect of one, where there was some level of emotional investment takes some time to get over, but it’s safe to say that it can be awfully difficult to let go of a relationship that didn’t actually exist or what did, was as flimsy as a sandcastle built in the sky. What many people don’t recognise about grieving the loss of relationships is that it’s not just about when you break a relationship; it can also be about grieving the loss of hope and what you thought might be and some of you aren’t doing this and are in fact, holding tight not only to the dream but a massive avoidance of rejection. Unfortunately, it’s a vicious circle because the more you avoid your feelings, is the more you remain in denial, is the more unavailable you become, is the greater likelihood of either opening yourself up to pain with this Mr/Miss Unavailable, or finding fresh pain with a new one.

If you have a tendency to have crushes, get lost in your feelings, continue feeling even when it becomes clear it’s not reciprocated, or can weave a fantasy relationship out of words and your imagination, you’re a Dreamer. Carrying a huge fear of intimacy, you find it safer to live in your mental world rather than risk a ‘real’ rejection. While all Fallback Girls (and guys) have avoidance issues and are chasing a feeling, you don’t truly want to get close to anyone – you want that “feeling” from a distance.

Your mind is very rarely in the present and you’re very ‘dreamy’ and have often been doing your imaginary world thing for a very long time, possibly since childhood or after you experienced a traumatic event. It may be a learned coping mechanism for shutting out anything ‘unpleasant’ that’s eating up too much reality and causing you to feel vulnerable. Often, all you need is a little attention or for them to be in possession of a couple of characteristics or qualities that you overvalue, for you to create a connection that ignites your imagination.
In theory, you can become involved with any unavailable person including in particular, Transitionals, Cheaters, and Opportunists but particularly in these modern times, you’re most likely to be caught out with the Shopper.

Fond of collecting attention, you’re highly likely to find them online or hiding behind their phone. Like all Unavailables, they’re an intimacy dodger and like to keep themselves as distant as possible by fuelling most of the communication through words and never meeting you, or only doing so very occasionally and coming up with the most absurd reasons for why it hasn’t happened yet.

In some respects, they’re a Dreamer themselves but are often more conscious of it due to them having the upper hand in the relationship. That said, they wouldn’t take any responsibility for any promises made off the back of the dreaming. They’re also the type that ‘fishes’ with ambiguous texts, leaves you waiting on Skype, asks you to transfer some money to them after you’ve only known them for a month because their sister has been in an ‘accident’, or has you waiting in every night for a call at a certain time while they’re off pestering someone else or feathering their nest elsewhere.

If you’re entirely honest with yourself, which may be difficult when you’re prone to fantasy, you feel much more secure and in control in your illusionary world than you do in real life.

I’ve read enough mails and comments from readers to know that sometimes you can become so overwhelmed by your experiences and the pain, and lose so much confidence in yourself that you feel helpless to deal with a real relationship and take comfort in your imagination where everything feels and looks a lot better.

Unfortunately in real life, you’re still a Fallback Girl/Guy and while you’re immersed in your feelings and imagination, you miss out on some very obvious signs that all is not well. You don’t register that you’re not being ‘matched’, or that they’ve left the building or were never even there, or that who you think they are is not actually who you’re involved with.

While all this ‘loving’ and ‘trusting’ blindly opens you up to at best being taken advantage of and at worst being abused if you’re involved with someone, if you’re not, it can cause you to become very numb and struggle to discern fiction from reality. On top of this, you lose significant chunks of your life.

You’re an ideal match for an over-estimating, Future Faking, Fast Forwarding, dreaming, attention seeking, and in need of an ego stroke Unavailable.

Shoppers can toss you some words and some pipe dreams in crumb rations and sustain this flimsy relationship for years. While they may not be aware of your dreamy tendencies at the outset, when it becomes clear you’re in LaLa Land and it doesn’t set off alarm bells and have them backing away, they rationalise that it’s not their fault that you’ve got “carried away” and that they’ll pass time with you.

This is one of those situations where it might be all you, but if there’s an Unavailable in the equation, then someone’s benefitting from your fantasy ways. That doesn’t remove your accountability but it’s important to get back to base here: You’re a Fallback that chooses people that reflect your beliefs and allow you to remain in your comfort zone.

While your fantasies and crushes may have involved some Mr/Miss Availables, it’s more likely that they didn’t because an available person poses a risk of vulnerability and intimacy which you’re trying to avoid, so you’ll choose your ‘marks’ well because they’ll be attached, or immersed in their own problems, sitting at the end of a computer etc. Of course, as is always the case with unavailable relationships, eventually reality pierces the illusion bubble and much pain results.

This is an excerpt from one of the forthcoming mini guides that will be accompanying Mr Unavailable and the Fallback Girl. More info coming soon! And yes there is one on Miss Independent/Miss Self Sufficient, The Other Woman, and even a Miss Understanding. The new edition of Mr Unavailable & The Fallback Girl is now available to buy both in print and in digital formats plus check out my ebooks the No Contact Rule and and more in my bookshop.

Getting Over Them After a Breakup: When we wonder how long it will take to get over them or why we’r...
Advice: Why is he having sex with me if he doesn't want me and knows how I feel about him?
Relationship/Drama Crack: Are You Creating Your Own Dynasty Level Drama?